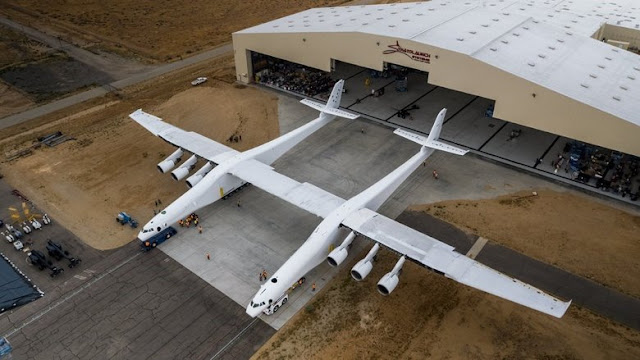 Microsoft co-founder Paul Allen has been quietly building the world's largest aircraft, Stratolaunch,  in the California desert. Once completed  it will be the world's largest airplane. With a wingspan more than that of Howard Hughes' Spruce Goose. It was wheeled out of its hangar for the first time on Wednesday.

Stratolaunch  has some impressive stats:

Other extraordinary facts:  It has  28 wheels and six Boeing747 jet engines. 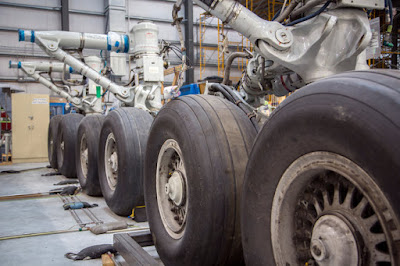 97 km of wiring.
It's so big that the county had to issue special construction permits just for the construction scaffolding. 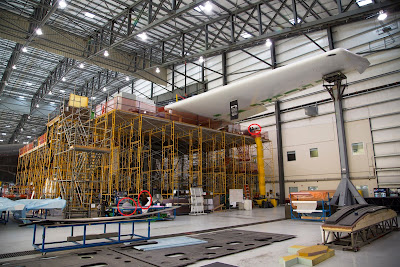 It's so big that to truly get a sense of it, you have to see it from a distance - like a mountain. 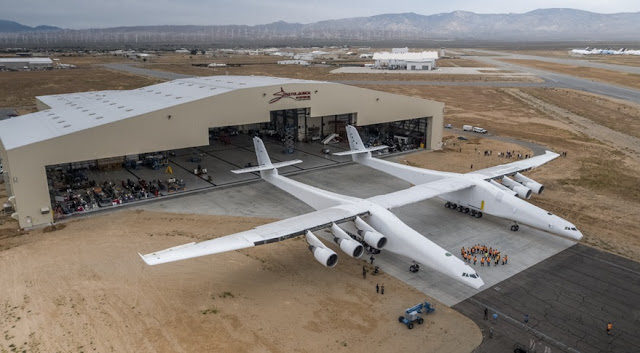 Why so big?  Not to carry passengers, but rather low earth orbit payload carying rockets. The bigger the plane, the larger the rockets, or the greater the number. 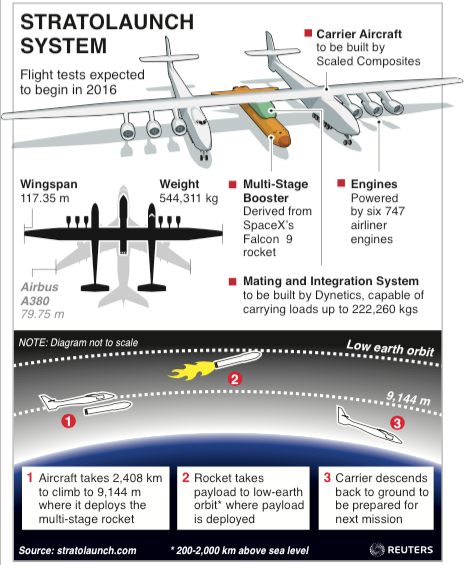 Allen's Stratolaunch company has partnered with Orbital ATK to "air launch" the company's Pegasus XL, a rocket capable of delivering small satellites, weighing as much as 450kg, to orbit. The rockets would be tethered to the belly of the giant plane, which would fly them aloft, and once at an altitude of 10,668m or so, the rockets would drop and "air launch" to space.

"With airport-style operations and quick turn-around capabilities," the company said it believes "air launch" is a cheaper and more efficient way to get satellites into space than rockets that launch vertically and can be extraordinarily expensive.

For Allen, it's all about LEO, or low-Earth orbit. He, and others, such as Richard Branson's Virgin Orbit, are betting that they can reduce the cost of launching small satellites to space. And that, in turn, will lead to new ways to beam the internet all across the globe, provide better Earth sensing capabilities, better communication, and open up all sorts of avenues. 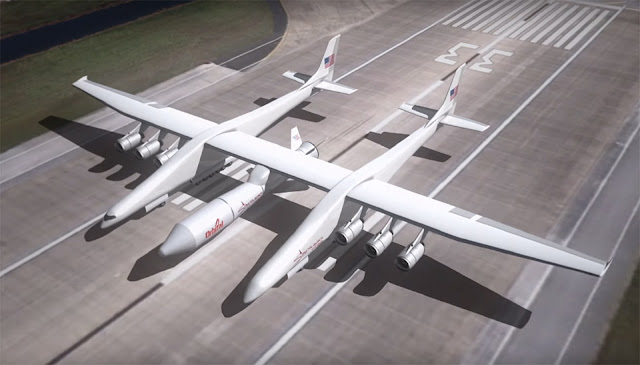 "When such access to space is routine, innovation will accelerate in ways beyond what we can currently imagine," Allen said in a statement a year ago. "That's the thing about new platforms: when they become easily available, convenient and affordable, they attract and enable other visionaries and entrepreneurs to realize more new concepts." 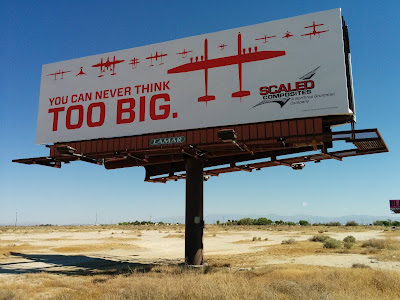 More than a decade ago, Allen had hoped to spark a revolution in space travel when he funded SpaceShipOne, which became the first commercial vehicle to cross the threshold of space. The project ultimately won the Ansari X Prize, and a $10 million award. He then licensed the technology to Branson and moved on to other pursuits. But with Stratolaunch, he is back in the space business.

"Thirty years ago, the PC revolution put computing power into the hands of millions and unlocked incalculable human potential," he wrote. 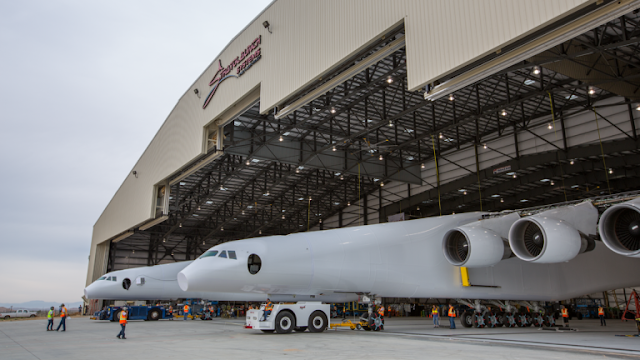 "Twenty years ago, the advent of the Web and the subsequent proliferation of smartphones combined to enable billions of people to surmount the traditional limitations of geography and commerce. Today, expanding access to LEO holds similar revolutionary potential."

Jean Floyd, Stratolauch's chief executive, said the company would be "actively exploring a broad spectrum of launch vehicles that will enable us to provide more flexibility to customers."

He added: "Over the coming weeks and months, we'll be actively conducting ground and flightline testing at the Mojave Air and Space Port. This is a first-of-its-kind aircraft, so we're going to be diligent throughout testing and continue to prioritize the safety of our pilots, crew and staff. Stratolaunch is on track to perform its first launch demonstration as early as 2019." 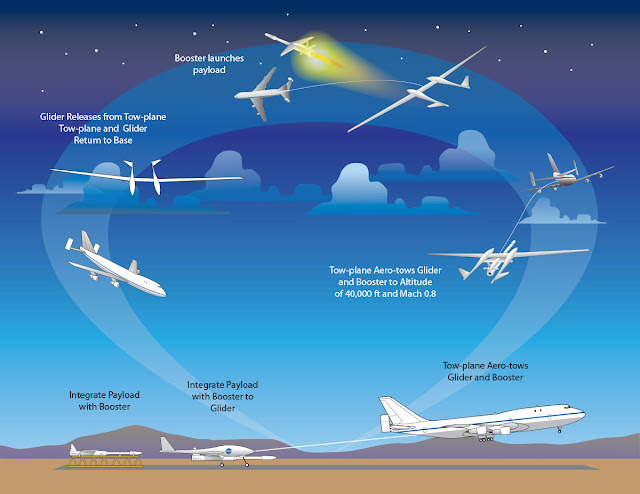 NASA concept for a similar concept, using a tow-plane