Distilled from 2 posts in the  Washington Post and the Web

Amelia Earhart waded into the Pacific Ocean and climbed into her downed and disabled Lockheed Electra. The famous aviator started the engine, turned on the two-way radio and sent out a plea for help, one more desperate than previous messages. 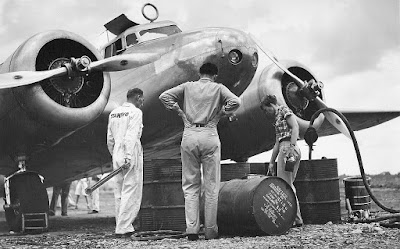 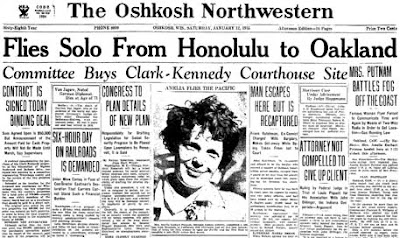 The high tide was getting higher, she had realised. Soon it would suck the plane into deeper water, cutting Earhart off from civilisation - and any chance of rescue. 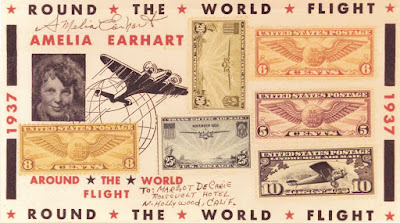 Aviator Amelia Earhart's cries for help were heard by people who just happened to be listening to their radios at the right time.
Across the world, a 15-year-old girl listening to the radio in St Petersburg, Florida transcribed some of the desperate phrases she heard: "waters high," "water's knee deep - let me out" and "help us quick."
A  housewife in Toronto heard a shorter message, but it was no less dire: "We have taken in water . . . we can't hold on much longer." 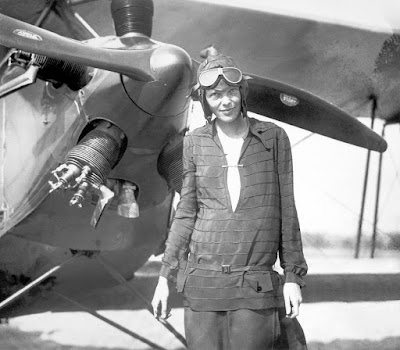 On July 2, 1937, just after Earhart's plane disappeared, the US Navy put out an "all ships, all stations" bulletin.

That harrowing scene, the International Group for Historic Aircraft Recovery (TIGHAR) believes, was probably one of the final moments of Earhart's life. The group put forth the theory in a paper that analyses radio distress calls heard in the days after Earhart disappeared.

In the summer of 1937, she had sought to become the first woman to circumnavigate the globe. Instead, TIGHAR's theory holds, she ended up marooned on a desert island, radioing for help. 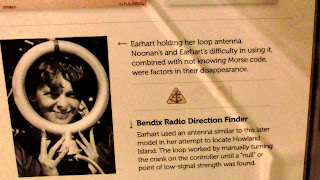 Earhart and her navigator, Fred Noonan, could only call for help when the tide was so low it wouldn't flood the engine, TIGHAR theorised. That limited their pleas for help to a few hours each night. 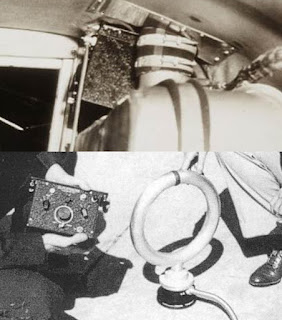 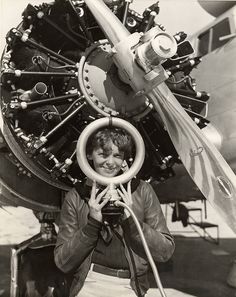 But those radio messages form a historical record - evidence that Gillespie says runs counter to the US Navy's official conclusion that Earhart and Noonan died shortly after crashing into the Pacific Ocean.

"We're feeding it to the public in bite-sized chunks. I'm hoping that people will smack their foreheads like I did."

Some of Earhart's final messages were heard by members of the military and others looking for Earhart, Gillespie said. 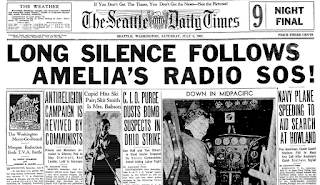 Others caught the attention of people who just happened to be listening to their radios when they stumbled across random pleas for help. 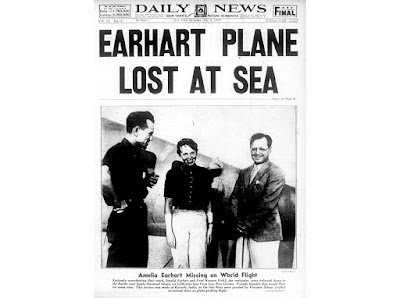 Almost all of those messages were discounted by the US Navy, which concluded that Earhart's plane went down somewhere in the Pacific Ocean, then sank to the seabed. 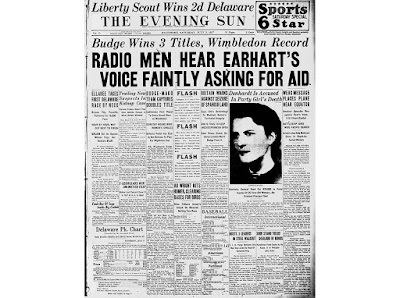 Gillespie has been trying to debunk that finding for three decades. He believes that Earhart spent her final days on then-uninhabited Gardner Island.

She may have been injured, Noonan was probably worse, but the crash wasn't the end of them.

On July 2, 1937, just after Earhart's plane disappeared, the US Navy put out an "all ships, all stations" bulletin, TIGHAR wrote.Authorities asked anyone with a radio and a trained ear to listen in to the frequencies she had been using on her trip, 3105 and 6210 kilohertz.

It was not an easy task. The Electra's radio was designed to communicate only within a few hundred kilometres. The Pacific Ocean is much bigger. The searchers listening to Earhart's frequencies heard a carrier wave, which indicated that someone was speaking, but most heard nothing more than that.

Others heard what they interpreted to be a crude attempt at Morse code.But thanks to the scientific principle of harmonics, TIGHAR says, others heard much more.

In addition to the primary frequencies, "the transmitter also put out 'harmonics (multiples)' of those wavelengths," the paper says. "High harmonic frequencies 'skip' off the ionosphere and can carry great distances, but clear reception is unpredictable."

That means Earhart's cries for help were heard by people who just happened to be listening to their radios at the right time.

"Scattered across North America and unknown to each other, each listener was astonished to suddenly hear Amelia Earhart pleading for help. They alerted family members, local authorities or local newspapers. Some were investigated by government authorities and found to be believable. Others were dismissed at the time and only recognised many years later. 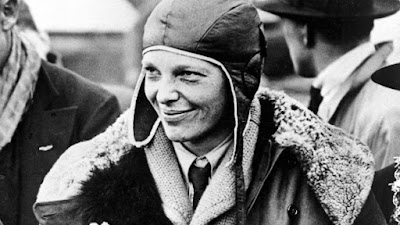 Although few in number, the harmonic receptions provide an important glimpse into the desperate scene that played out on the reef at Gardner Island."

The tide probably forced Earhart and Noonan to hold to a schedule. Seek shelter, shade and food during the sweltering day, then venture out to the craft at low tide, to try the radio again.

Back in the United States, people heard things, tidbits that pointed at trouble.

On July 3, for example, Nina Paxton, an Ashland, Kentucky, woman, said she heard Earhart say "KHAQQ calling," and say she was "on or near little island at a point near" . . . "then she said something about a storm and that the wind was blowing....Will (or We'll ) have to get out of here," she says at one point. "We can't stay here long."

What happened to Earhart after that has vexed the world for nearly 81 years, and TIGHAR is not the only group to try to explain the mystery. Gillespie is just one member of competing researchers who have dedicated their time and resources to one of aviation's greatest mysteries.

Mike Campbell, a retired journalist who wrote Amelia Earhart: The Truth at Last, insists along with others that Earhart and Noonan were captured in the Marshall Islands by the Japanese, who thought they were American spies, and died in Japanese custody after being tortured.

Elgen Long, a Navy combat veteran and an expert on Earhart's disappearance, wrote a book saying her plane crashed into the Pacific and sank.

Gillespie said he believes that evidence supporting his Gardner Island theory is adding up. 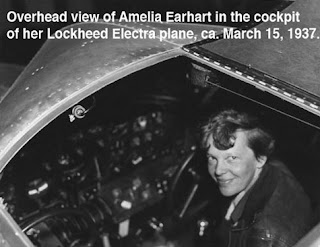 He believes that the messages sent out over those six days were by Earhart and, occasionally, Noonan. He believes that bones found on Gardner island in 1940 belonged to Earhart, but were misidentified and discarded.

He believes that Amelia Earhart died marooned on an island after her plane was sucked into the Pacific Ocean. But he realises that the public needs more than his tide tables and extrapolations from data that predates World War II.

"We're up against a public that wants a smoking gun," he told The Post.

"We know the public wants, demands, something simple. And we're also very much aware that we live in a time of rampant science denial. Nobody does nuance anymore." 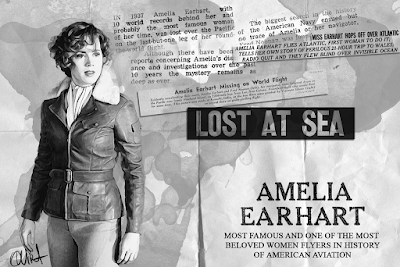 Amelia Earhart's story is revolutionary: She was the first woman to fly alone across the Atlantic Ocean, and might have been the first to fly around the world had her plane not vanished over the Pacific Ocean in 1937. After decades of mystery surrounding her disappearance, her story might come to a close. 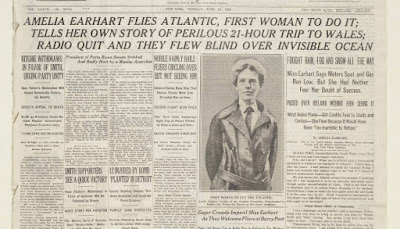 A scientific study claims that bones found in 1940 on the Pacific Island of Nikumaroro belong to Earhart, despite a forensic analysis of the remains conducted in 1941 that linked the bones to a male.
The bones, revisited in the study Amelia Earhart and the Nikumaroro Bones by University of Tennessee professor Richard Jantz, were discarded. For decades they have remained an enigma, as some have speculated that Earhart died a castaway on the island after her plane crashed.

Nikumaroro, or Gardner Island, is part of the Phoenix Islands, Kiribati in the western Pacific Ocean. 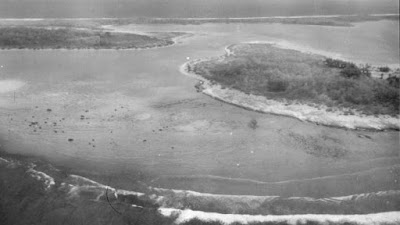 The bones were uncovered by a British expedition exploring the island for settlement after they came upon a human skull, according to the study. The expedition's officer ordered a more thorough search of the area, which resulted in the discovery of several other bones and part of what appeared to be a woman's shoe. Other items found included a box made to hold a Brandis Navy Surveying Sextant that had been manufactured around 1918 and a bottle of Benedictine, an herbal liqueur.
"There was suspicion at the time that the bones could be the remains of Amelia Earhart," Jantaz wrote in the study.

When the 13 bones were shipped to Fiji and studied by Dr D W Hoodless of the Central Medical School the following year, Jantz argues that it is likely that forensic osteology - the study of bones - was still in its early stages, which therefore affected his assessment of which sex the remains belonged to. Jantz, in attempting to compare the lost bones with Earhart's bones, co-developed a computer program that estimated sex and ancestry using skeletal measurements. The program, Fordisc, is commonly used by forensic anthropologists across the globe.

Jantz compared the lengths of the bones to Earhart's measurements, using her height, weight, body build, limb lengths and proportions, based on photographs and information found on her pilot's and driver's licenses. His findings revealed that Earhart's bones were "more similar to the Nikumaroro bones than 99  of individuals in a large reference sample."

"In the case of the Nikumaroro bones, the only documented person to whom they may belong is Amelia Earhart," Jantz wrote in the study.

Earhart's disappearance has long captivated the public, and theories involving her landing on Nikumaroro have emerged in recent years. Retired journalist Mike Campbell, who authored Amelia Earhart: The Truth at Last, has maintained with others that Earhart and her navigator, Fred Noonan, were captured in the Marshall Islands by the Japanese, who thought they were American spies. He believes they were tortured and died in custody.

But Ric Gillespie, director of the International Group for Historic Aircraft Recovery (TIGHAR) spoke to The Washington Post's Cleve R. Wootson Jr. in 2016 about how he too believes the bones found on Nikumaroro belong to Earhart. 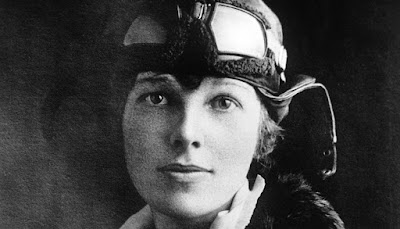 In 1998, the group took Hoodless' measurements of the Nikumaroro bones and analysed them through a robust anthropological database. They determined the bones belonged to a taller-than-average woman of European descent - perhaps Earhart, who at 5 feet 7 (170cm) to 5 feet 8 (172.7cm), was several inches taller than the average woman.

In 2016, the group brought the measurements to Jeff Glickman, a forensic examiner, who located a photo of Earhart from Lockheed Aircraft that showed her with her arms exposed. It appeared, based on educated guesses, that Earhart's upper arm bone corresponded with one of the Nikumaroro bones.

Glickman, who is now a member of TIGHAR, told The Washington Post at the time that he understands some might be skeptical about his findings, as they were based 76-year-old medical notes. But the research made clear, he said, that Earhart died on Nikumaroro.
at September 07, 2018 2 comments: