A battle-hardened World War II Spitfire fighter has been delivered to its permanent home at Omaka airfield, near Blenheim, New Zealand. 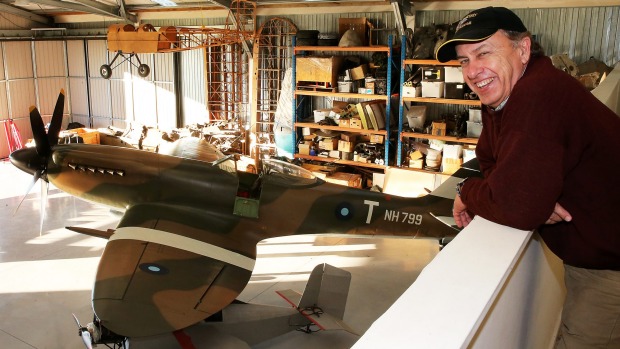 Repost and embellishment: The 70-year-old aviation marvel is one of only six Spitfire Griffon Mark 14 in existence, and the only one of its kind in the southern hemisphere.

The plane was delivered by a direct flight from Auckland to the Omaka Aviation Heritage Centre hanger on Sunday.

Spokesman Graham Orphan (above) said the plane would eventually be included in the planned WWII display at the heritage centre. The plane was on loan from owners, the Chariots of Fire fighter collection, he said.

"We are thrilled to get it, and it is a privilege not only to have it based in Marlborough, but also in New Zealand. 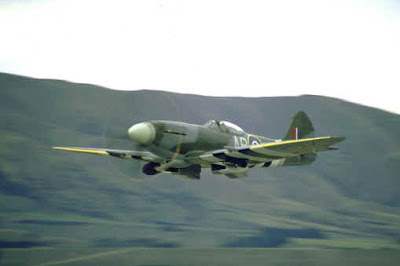 The Spitfire Griffon was involved in a crash at Wanaka in 1996 which almost claimed the life of aviation entrepreneur Tim Wallis.

Hours of painstaking restoration over 19 years had brought the Spitfire back to its original condition, right down to the pilot's leather seat in the cockpit. It is valued at $4 million.

Wallis was reunited with the plane when it appeared at this year's Omaka airshow alongside two other Spitfire in the Twilight Extreme segment of the show. 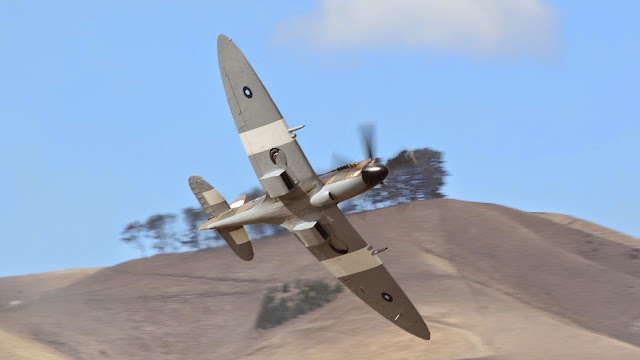 Powered by a 2250 horsepower V12, the Supermarine Spitfire Griffon saw action with the Royal Air Force in India and Burma in the later stages of WWII, Orphan said. The engine's roar was known as "the sound of victory". 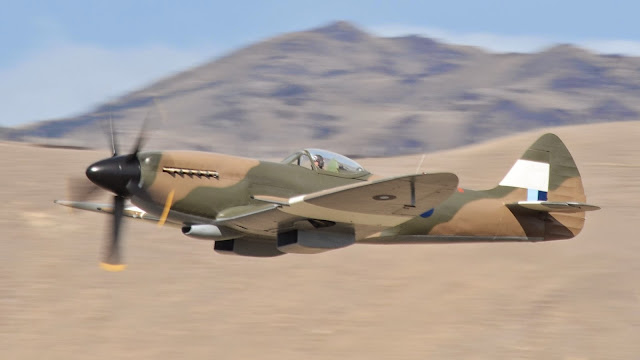 "It is the final salute to piston-powered engines before jet fighter came."

Orphan was convinced people would flock to the heritage centre to see it.

"Spitfires have a magnetic appeal that transcends all age groups."

The first stage of the display when completed later this year will include the Spitfire Griffon, alongside the Focke Wulf FW190, Russian Yak 3 and Avro Anson bomber from the heritage collection.

Spitfire FR Mk.XIVe NH799 (ZK-XIV) is owned by 'The Chariots of Fire Fighter Collection' and based at Omaka airfield, New Zealand. Post restoration first flight 2 April 2015, with John Lamont at the controls. Purchased by the Chariots of Fire Fighter Collection, who are based at Omaka, in 2010. Restored to airworthy condition by Avspecs Limited at Ardmore Airport, Auckland. The restoration was completed in time for the Classic Fighters Airshow held over the Easter weekend (3–5 April 2015) with NH799 is resplendent in a South East Asia Command (SEAC) colour scheme, and wears the individual letter T with the serial NH799 both in white. 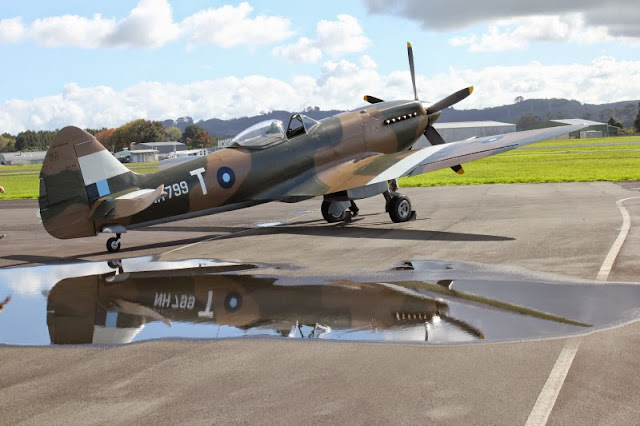 NH799 was previously owned by the Alpine Fighter Collection at Wanaka until it crashed on take-off on 2 January 1996 which seriously injured pilot/owner Sir Tim Wallis. Was initially restored to flight by Historic Flying Ltd at Audley End, UK, and flew on 21 January 1994 (as G-BUZU and codes AP-V).

The Mk XIV was the most important of the Griffon powered Spitfires, and the only one to see significant wartime service. It used the two-speed two-stage supercharged Griffon 61 or 65, giving 2,050 hp and a significantly improved performance at higher altitudes when compared to the earlier Griffon powered Mk XII. The Mk XIV was based on the Mk VIII fuselage, already strengthened to cope with the Merlin 61 engine. Early models used the “c” type universal wing (four 20mm cannon or two 20mm cannon and four .303 inch machine guns), while later production used the “e” wing (two .50 inchy machine guns instead of the .303s).

The Griffon engine improved the performance of the Spitfire at all heights. Tests in early 1944 found it to be faster than the Mk IX at every altitude, with the best rate of climb yet seen. The only area not to see any improvement was manoeuvrability, which did not rely on the engine but on the airframe. It had a similar advantage over the Fw 190A, which had a similar performance to the Mk IX. The only problem posed by the Griffon was that it span in the opposite direction to the Merlin. Merlin powered Spitfires had tended to veer left on takeoff. The Mk XIV veered to the right instead.

The superior performance of the Mk XIV made it the ideal aircraft to deal with the menace of the V-1. No.91 Squadron, based at West Malling, ended up with the best record against the flying bomb, shooting down 184 with its Mk XIVs.

From September 1944 the Mk XIV was used with the 2nd Tactical Air Force. It equipped all twenty Spitfire squadrons on the continent between D-Day and VE-Day. Its role in Europe was normally armed reconnaissance, searching for any enemy targets behind the German lines. It could carry up to 1000 lbs of bombs, or in a FR role 500 lbs of bombs and a camera. 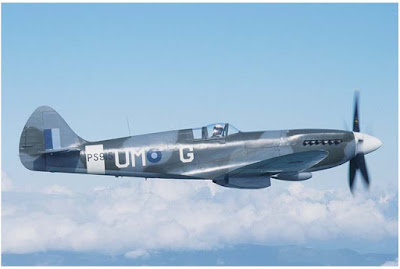 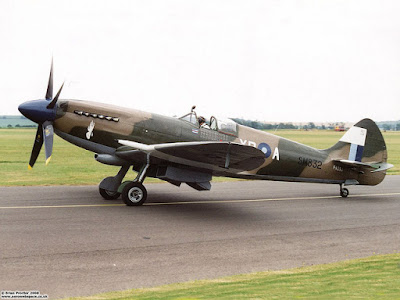 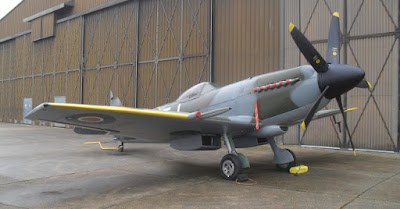 ...and a close relative, (if only by paint scheme) not so lucky: 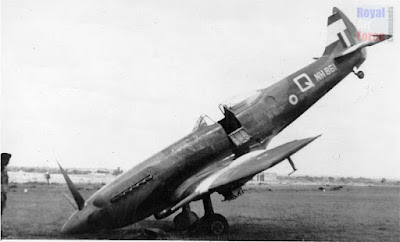