Airbus A350 touches down in Auckland

First A350 XWB Touches down in New Zealand 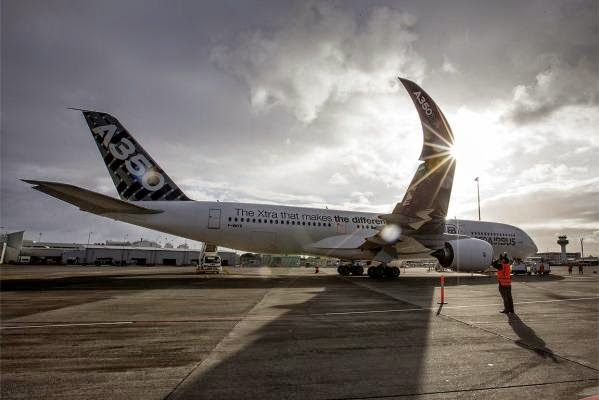 In a NZ First: Airbus’ rival to the new generation Boeing Dreamliner has landed in Auckland and Sydney on its global tour.
The A350 - 900 XWB (extra wide-bodied) test aircraft  touched down at Auckland International airport earlier today after flying from Sydney, via Johannesburg, South Africa.
The aircraft is operated by Airbus flight crews and while in Auckland is to be demonstrated such as meeting normal airline turnarounds using airport handling and ground demonstration services.
The tests form part of the final trials required for aircraft Type Certification, which is expected by the end of September. 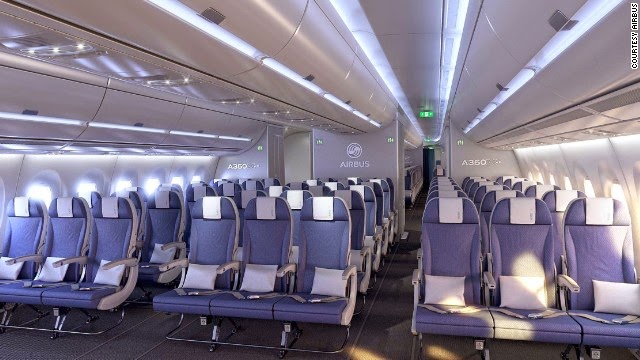 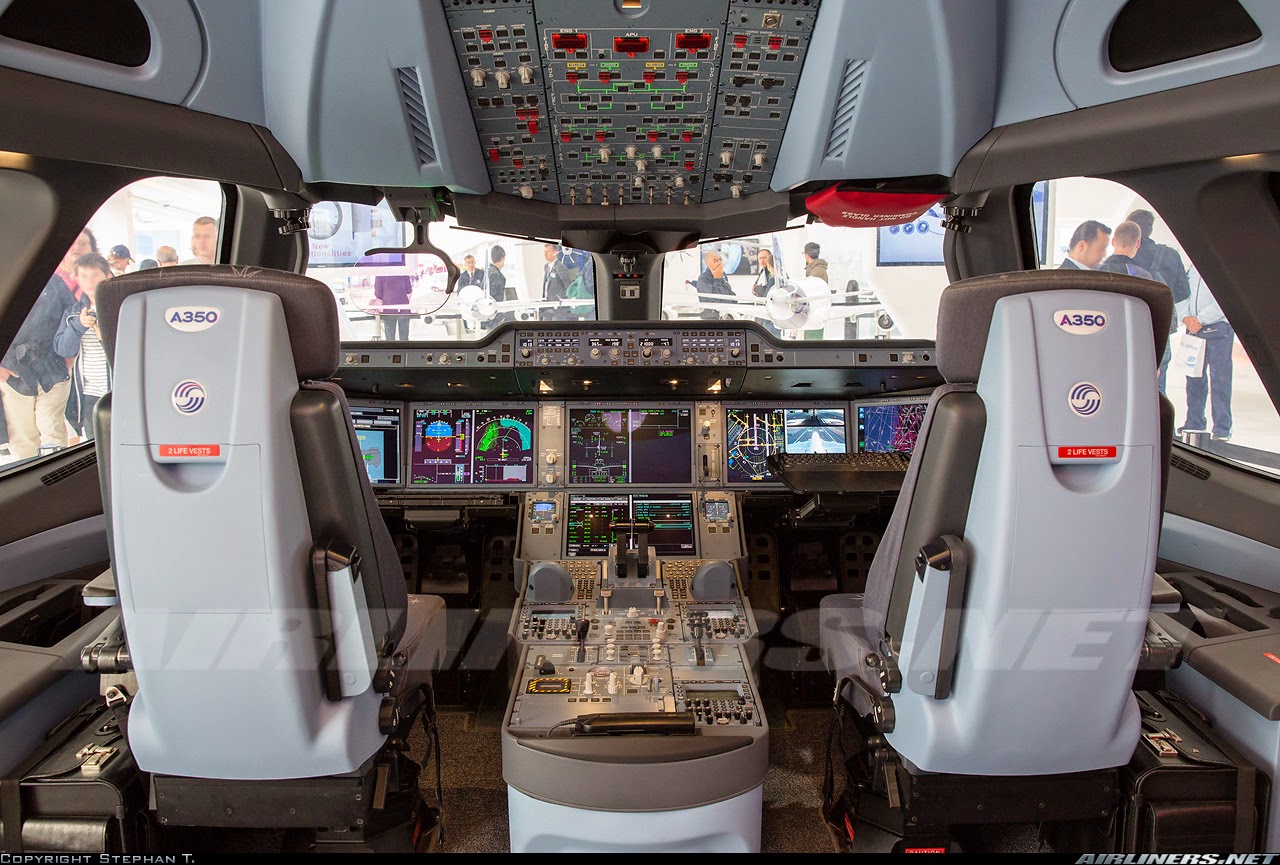 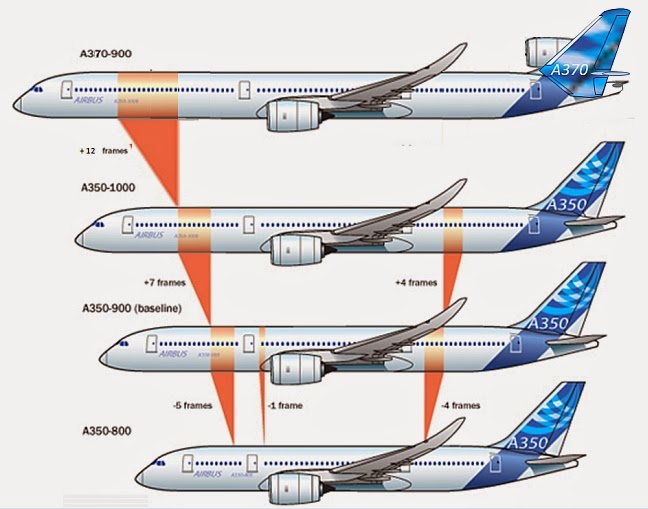 The A350 family as envisaged 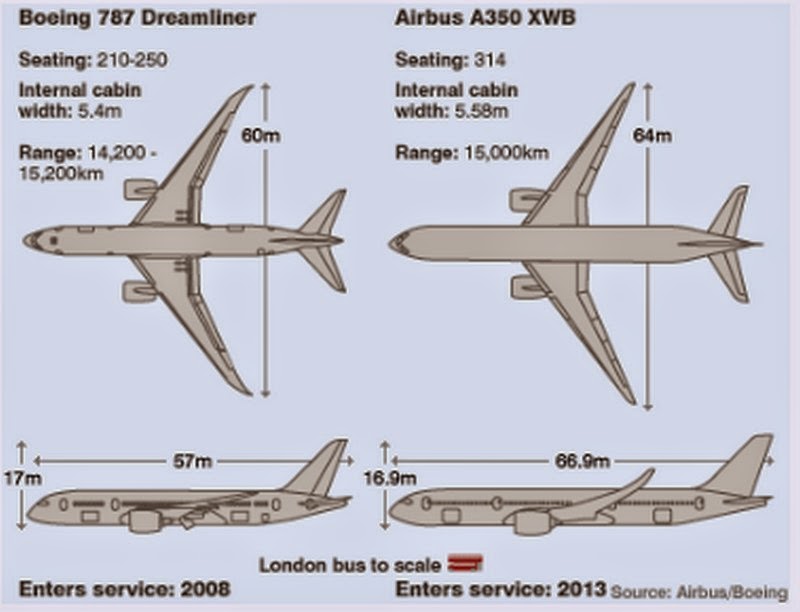 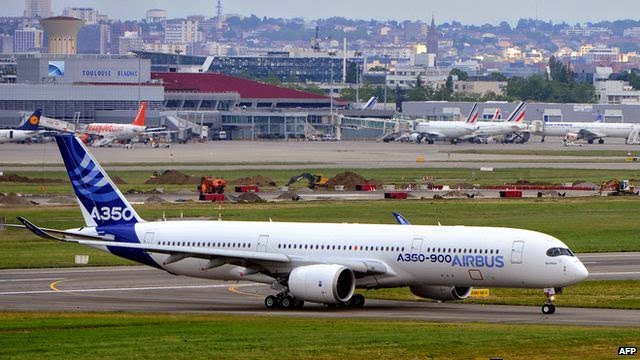 Airbus says the aircraft offers a 25% reduction in fuel use and comes in three versions from 276 to 369 seats.
It has a carbon fibre fuselage and wings, the same as its Boeing rival, which has been bought by Air New Zealand.
The visit could be seen as a reminder that Airbus has a strong competitor here. 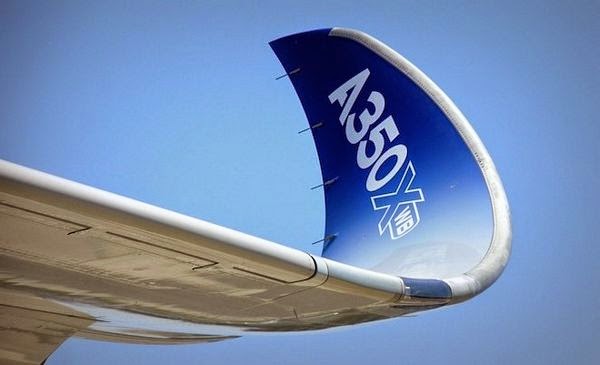 The NZ national carrier has switched to Airbus A320s to replace its aging single-aisled Boeing 737 fleet.
At the end of June 2014, the A350 XWB had 742 orders from 38 customers worldwide.
From Airbus' website:
" The A350-900 is the cornerstone member of Airbus’ all-new A350 XWB Family, which is tailored to meet airlines’ future market requirements in medium-to-long haul operations.
As the first A350 XWB Family version that will enter airline service, the A350-900 has the same optimised cabin cross-section as the other A350 XWB versions (A350-800 and A350-1000) – which ensures maximum comfort for both passengers and crew while guaranteeing operators optimum revenue potential and operating efficiency. 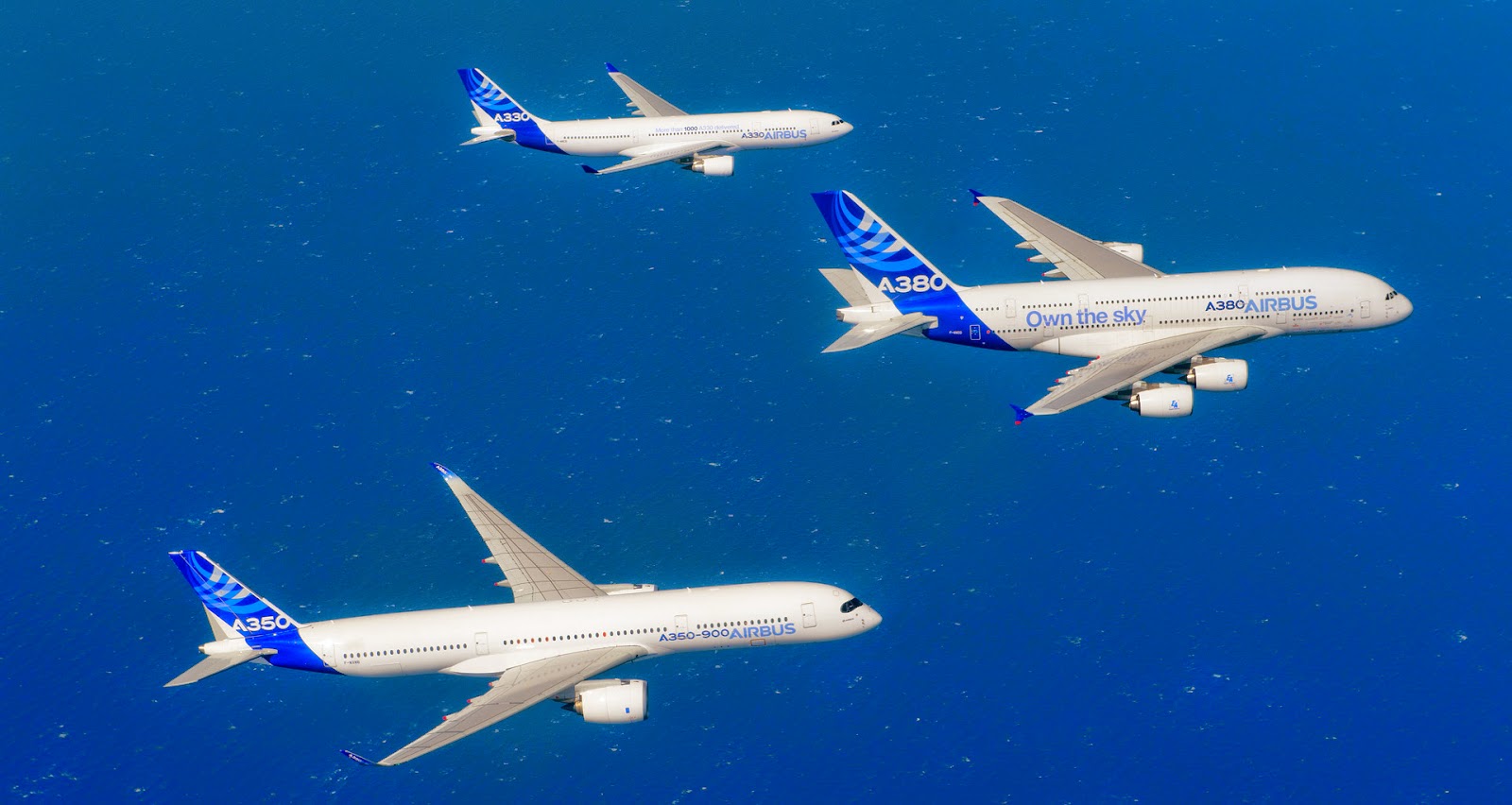 This jetliner accommodates 315 passengers in a two-class configuration, while offering unbeatable economics in high-density seating and true long-haul capability with a range of up to 7,750 nautical miles.
Airbus’ right-sized interior cross-section for the A350 XWB Family is five inches larger than the nearest competitor, allowing operators to comfortably accommodate economy class passengers at eight-, nine- or 10-abreast arrangements.
The A350 XWB’s wide fuselage cross-section was designed for an optimal travel experience in all classes of service, with passengers enjoying more headroom, wider panoramic windows and larger overhead storage space.  With a cross-section of 220 inches from armrest to armrest, the jetliner’s cabin provides the widest seats in its category, being five inches larger than its nearest competitor.  In addition to providing the space for unmatched premium first class and business solutions, the A350 XWB allows for high-comfort economy seating in a nine-abreast arrangement, with a generous 18-inch seat width. 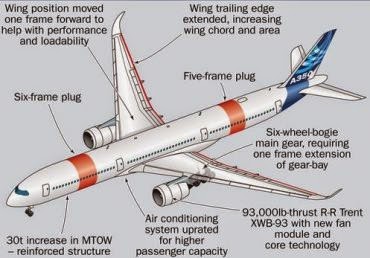 Over 70 per cent of the A350’s weight-efficient airframe is made from advanced materials that combine composites (53 per cent), titanium and advanced aluminium alloys. The innovative carbon fibre reinforced plastic fuselage results in lower fuel burn as well as easier maintenance. With this new fuselage – along with the latest systems and engines, as well as an advanced wing optimised for Mach 0.85 cruise speed – the A350-900 is a generation beyond its current competitor, benefiting from a 25 per cent lower fuel burn, 25 per cent lower operating costs, and 25 percent lower CO2 emissions.  The A350-900 also offers more range and additional seats for greater revenue potential.
The A350-900, along with the other A350 XWB variants, inherit commonality features from Airbus’ fly-by-wire aircraft family, while benefiting from the latest in display technology and integrated modular avionics.
They retain the same handling qualities as the A320, A330/A340 and A380 families, and are flown utilising similar operating procedures. For Airbus-rated pilots, this means less training time when transitioning from one aircraft to another, as shorter-duration Difference Training classes replace the Full Type Rating course.
Additionally, pilots can fly multiple aircraft types within an Airbus fleet by using the proven Mixed Fleet Flying concept – enabling significant benefits for airline profitability, pilot productivity and scheduling flexibility."