MOJAVE, California, USA. » The spaceship bankrolled by British Music and Aviation tycoon Sir Richard Branson made its first powered flight today in a test that moves Virgin Galactic toward its goal of flying into space later this year.

While SpaceShipTwo remained sub-orbital and did not break out of the atmosphere during the test flight, it marked a significant milestone for Virgin Galactic, which intends to take passengers on suborbital joyrides.

During the early morning flight, SpaceShipTwo, strapped beneath a twin-fuselage jet, took off from an airport runway in the Mojave Desert north of Los Angeles. The jet released SpaceShipTwo, which ignited its engine for 16 seconds, then glided to a safe landing.

Until now, SpaceShipTwo has only performed unpowered glide flights. Several powered flights are planned this summer, culminating with a dash into space targeted toward the end of the year.

SpaceShipTwo is the commercial version of SpaceShipOne, which in 2004 became the first private manned rocket to reach space. Since the historic flight, more than 500 aspiring space tourists have paid US$200,000 or plunked down deposits, patiently waiting for a chance to float in weightlessness and view the Earth's curvature from 62 miles up.

Branson initially predicted commercial flights would begin in 2007, but a deadly explosion during ground testing and longer-than-expected test flights pushed the deadline back.

No date has been set for the first commercial flight from a custom-designed spaceport in New Mexico, but Virgin Galactic executives have said it will come after testing is complete and it secures approval from the government. Branson previously said the maiden passenger flight will carry his family.

Igor Sikorski and the Helicopter (Part 2) 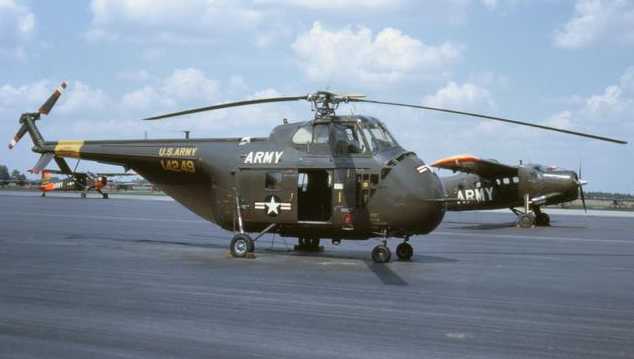 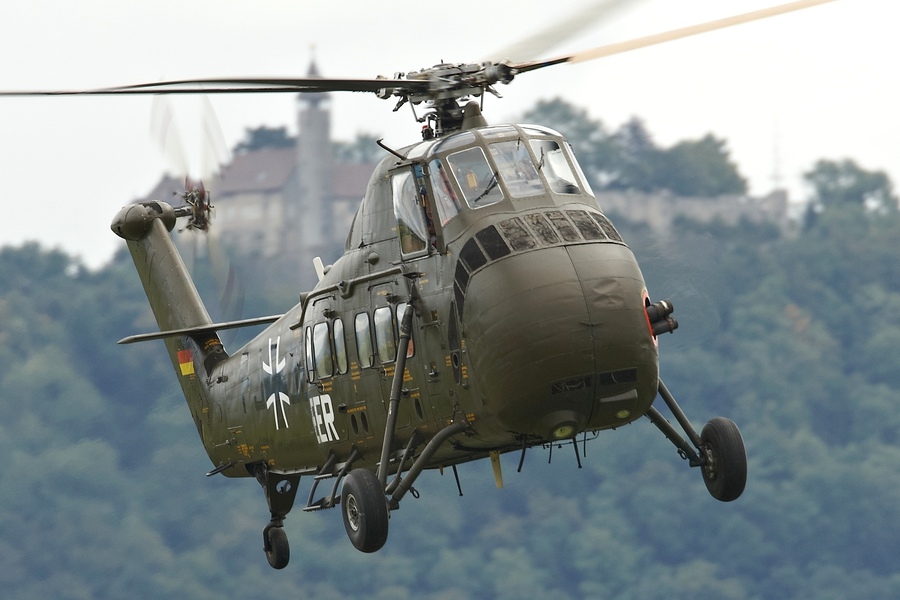 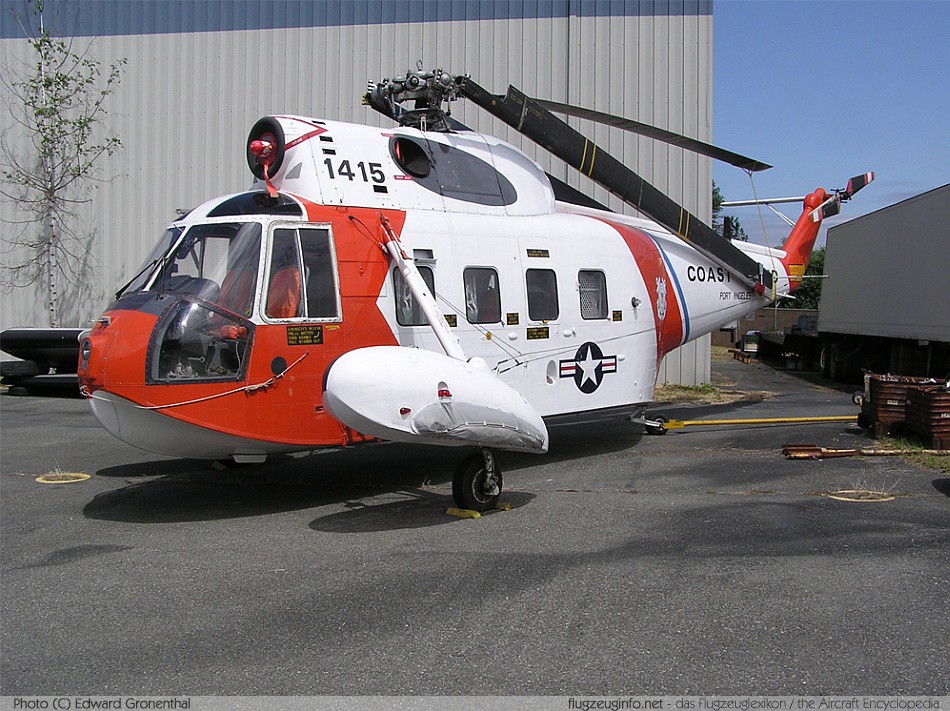 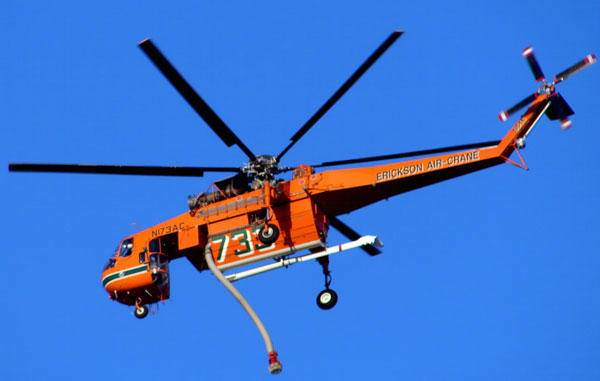 
The navy is to get eight new Seasprite helicopters that were originally built for the Australians but rejected by them.

Defence Minister Jonathan Coleman said the Government had approved the purchase of the upgraded and expanded Seasprite helicopter fleet.

They will be bought from the United States company Kaman Aerospace for $242 million, which includes two spare airframes, a training simulator, missiles, and additional components.

"The Defence Force currently has five Seasprites which have been in service since the late 1990s and are due for replacement," Coleman said.

The new helicopters are an upgraded variant, the Seasprite SH-2G(I).

The larger fleet will allow helicopters to be placed on board the frigates Te Mana and Te Kaha as well as on the offshore patrol vessels and the multi-role HMNZS Canterbury, he said.

"These helicopters come with modernised sensor, weapons and flight-control systems and will be a major boost to our maritime surveillance and search capability," Coleman said.

"The helicopters will also ensure that our naval fleet is able to operate at its full potential."

The choppers have had a chequered past but the purchase is seen as a bargain on this side of the Tasman.

They were originally built for the Australian Defence Force, but in 2009 the Australian government cancelled the contract and decided not to introduce them into service after questions about their suitability for Australia's requirements.

"The New Zealand Defence Force and Ministry of Defence officials are acutely aware that the Australian government decided not to fully introduce these aircraft into service after concerns about a range of technical issues," Coleman said.

"As a consequence, the Ministry of Defence has invested considerable resources into examining all aspects of this project over the last two years.

"This included commissioning an independent study by Marinvent Corporation of Canada.

"Ministry of Defence officials have advised the government this aircraft will prove a very capable purchase, meet all of the New Zealand Defence Force's requirements, and can be introduced into service."

Based on that advice and after looking at other replacement options the Government approved the project.

"The replacement Seasprites will have a multiplier effect on the capability of the navy and what's more, the price is very good with alternative helicopter replacements costing three times the amount," Coleman said.

This was first reported in the media (Naval Technology in June 2012):


Kaman is set to begin negotiations with the New Zealand Government for the possible sale of 11 SH-2G(I) Super Seasprite helicopters to the Royal New Zealand Navy (RNZN) following authorisation from the US Department of State.

The recent approval will allow New Zealand defence officials to seek better options for their future maritime helicopter requirements, although no investment decisions have been made yet by either party.
The possible sale includes a full motion flight simulator, training aids, spares inventory, publications and the introduction into service and through life support of the aircraft for the New Zealand Government.

Capable of operating from offshore patrol vessels, the new capability will also play a vital national role in extended reach, surveillance, and air-delivered weapons capabilities for the ANZAC frigates.

In 1997, Australia signed an $A 667 million contract with Kaman to purchase 11 upgraded SH-2G (A) “Super Seasprites,” with modernized avionics. This compact helicopter design was thought to be well suited to operation from the RAN’s ANZAC Class frigates, and even from patrol boats with helicopter decks. The first helicopter was unveiled in 2003, but by 2005 up to 40 deficiencies had been identified including inability to operate in bad weather and low-light conditions, and inability to meet Australian airworthiness certification standards. Placing modern avionics into a 1960s air-frame proved challenging indeed; the helicopters were restricted to “passenger and supply transport in good weather” in 2005, then grounded in May 2006.

By 2007, the project was 6 years behind schedule, costs had risen over 50% to $A 1.1 billion (about $900 million) for 11 helicopters, and the program was being used as a case study in the Australian Defence College’s leadership and ethics course. It’s estimated that at least $A 45 million more and 29 months of work was be required to make them serviceable, with full operational status unlikely until at least 2010. In 2007, Australia’s Liberal Party government elected to continue the Super Seasprite program – but their successor Labor government reversed that decision, and come to an interesting agreement with Kaman.

NZ has now purchased these aircraft from Kaman.

Original article and further info from Defence Industry Daily
at April 19, 2013 No comments:

Igor Sikorsky and the helicopter: Happy birthday today ?
The Aircraft genius at work:

Heard on the radio today that it was the anniversary of Sikorsky's first successful helicopter flight. I've had a look at this extraordinary gentleman's history, and the history of the helicopter in general

The Russian-born scientist, engineer, pilot and entrepreneur made fixed and rotary wing aviation history with a mix of genius, determination and humanity. An established Russian aviation pioneer, arrived in New York or March 1919. His passport revealed he entered America to "construct aircraft". He made several attempts to re-enter aviation in his new country without success.

Airplanes and engines built for World War I were available at extremely low prices and aviation was described to him by some as a "dying industry". Soon his money was running out and he resorted to teaching Russian immigrants mathematics; later, astronomy and aviation lessons were included.

He also started to lecture to various groups which brought him in contact with people who shared his enthusiasm for aviation and convinced him to start his own aeronautical enterprise. March 5,1923, saw the creation of the Sikorsky Aero Engineering Corporation.

The company was dedicated to building the S-29A (Sikorsky type 29, America) and was based at fellow immigrant Victor Utgoff s farm near Roosevelt Field on Long Island, N.Y.

One biographer summarized that  Igor Sikorsky had three careers in aviation: He was fascinated by science in general, and in many ways was a classical philosopher. It has been said that he was initially inspired by a Jules Verne novel as a very young boy

He passed away peacefully in his sleep in 1972 at the age of 83 after putting in a typical day at his office at Sikorsky Aircraft. Sikorsky Aircraft has a proud and rich history of aircraft design and construction dating to the early part of the last century, making it one of America's pioneering aerospace companies.

In Russia:
1909 H-1, Constructed his First helicopter "This machine was a failure to the extent that it could not fly. In other respects it was a very important and necessary stepping stone."
1910 S-2, Igor Sikorsky Flew for the First time
1911 S-5, Igor's First pilot license issued from the Imperial Aero Club of Russia
1912 S-6A won First place in the Moscow Aircraft Competition, pilot Igor Sikorsky
1913 S-9 First monocoque fuselage constructed in Russia
1913 S-10 establish a Russian Aviation Record flying 500 kilometers in 4 hrs and 56 min
1913 S-12 First Russian aircraft capable of a loop
1913 S-12 Established a Russian Altitude Record of 3,680m
1913 Igor Sikorsky flew the S-21 "Grand" the World's First successful four-engine plane
1913 S-21 set a World's Record for duration and literally set one World's Record after another for a four-engine plane with each fligh
1913 S-10 & S-11 won First and Second place in the Petrograd Military Competition
1914 S-27 set two World Records for payload and flight duration
1914 S-27 with pontoons was the largest seaplane built in the World
1916 S-27G with 880 horsepower was the largest plane produced in the World

LAUNCHING THE FLYING-BOAT IN THE US 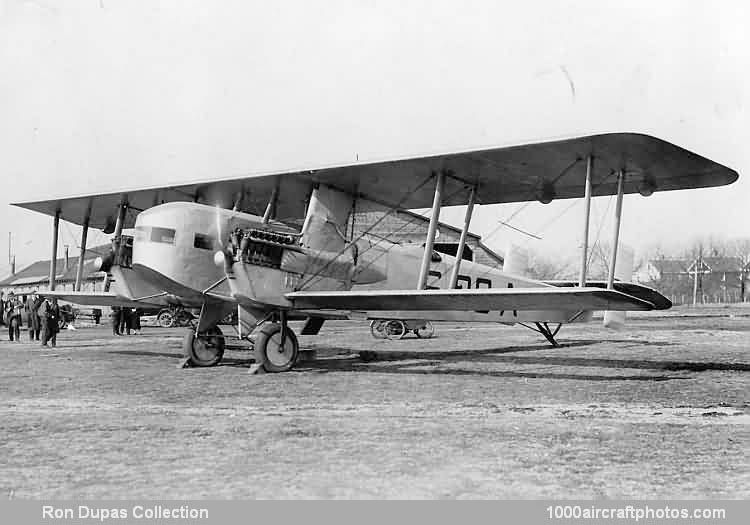 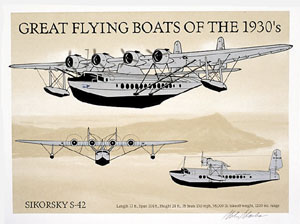 1937 S-44 (XPBS-1) long range bomber first flown August 13, 1937. It had a max range of 4,000 miles and superior performance but lost out to a lower cost competitor.
1942 VS-44 Civilian version of the S-44 first flew in January 1942. It was the wold's longest range commercial aircraft and the only aircraft to have flown commercial scheduled non-stop across the north and south Atlantic. This was the last fixed wing aircraft built by Sikorsky. 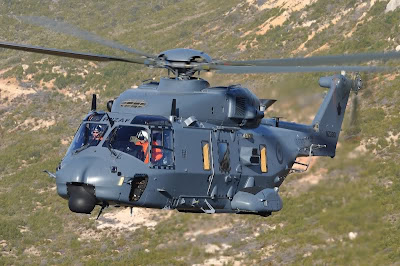 The Bell Iroquois has been in RNZAF service since 1966. As early as the 1980s the RNZAF considered upgrade options for the Iroquois, but these were not pursued. 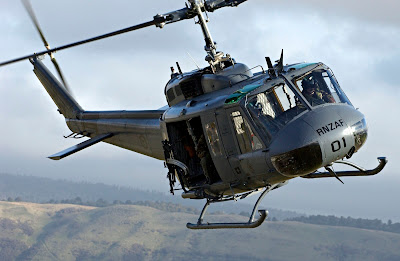 The Iroquois’ performance limitations during operations in East Timor between 1999 and 2002 reinforced the need for urgent action.
The Eurocopter NZ NH90s from Marignane, France has been selected as its replacement

RNZAF maintenance staff and aircrew have completed training at the manufacturer’s facilities in France, and commenced Operational Testing and Evaluation (OT&E) will begin. This lengthy process is required to ensure that the equipment that has been purchased is ready to undertake the roles, tasks and missions that Government require. The completion of OT&E will see the NH90 MUH take its place in the NZDF which has been so proudly reserved for the Iroquois for over 40 years. 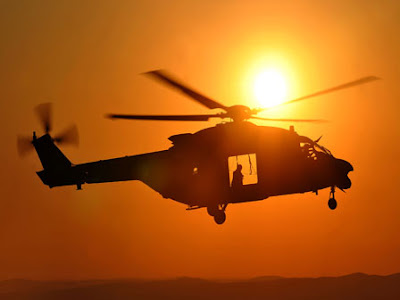 Full interoperability with NATO and European forces.
Selected by 8 European countries with 305 firm orders. It has been delivered from 2004 in Europe. 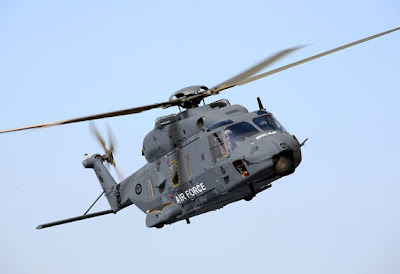 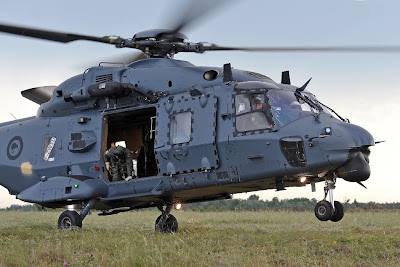