Turbulence ahead: Global warming to increase the bumpy rides 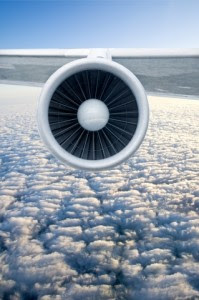 Is global warming gonna give us a bumpy ride?


Fairfax News Reports: New research has found global warming is likely to double the chances of plane turbulence in the coming decades.
According to a study from the University of Reading and the University of East Anglia, atmospheric changes could lead to the amount of turbulent air patterns that affect planes doubling, and for the intensity to get stronger by the middle of this century.
Dr Paul Williams, who headed the research, said global warming would have a significant impact on the aviation industry.
"Air turbulence does more than just interrupt the service of in-flight drinks. It injures hundreds of passengers and aircrew every year - sometimes fatally.
"It also causes delays and damages planes. The total cost to society is about US$150 million (NZ$177 million) each year."
Researchers used supercomputer simulations to analyse jet streams over the North Atlantic Ocean.
Dr Manoj Joshi, from East Anglia, said they focused on looking at turbulence in its peak periods.
"Our research focused on clear-air turbulence in winter. This is especially problematic to airliners, because clear-air turbulence is invisible to pilots and satellites, and winter is when it peaks."
It found the chances of encountering significant turbulence would increase by between 40 per cent and 170 per cent, but most likely double, and the intensity by anywhere between 10 and 40 per cent.
Williams said any increase in turbulence would make flying more uncomfortable and increase the risk to passengers and crew. 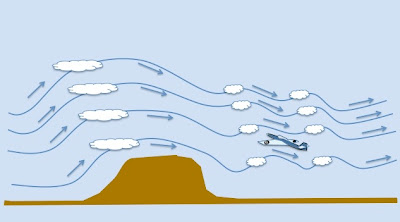 He said airlines would also be forced to re-rout some flights to avoid stronger patches of turbulence, which would lead to greater fuel consumption and emissions of atmospheric pollutants, make delays at airports more common, and ultimately push up ticket prices.
The research showed the atmosphere was becoming more vulnerable and unstable, and Williams said the aviation industry was partly to blame for that.

NZ Perspective: I hold appointment to the Civil Aviation Authority of NZ as Departmental Medical Practitioner. (Health and Safety) All NZ registered flights and flight crews report significant injuries to the CAA. I am not aware of any fatalities of crew and passengers attributable to air turbulence. The last attributable commercial air crash worldwide was in 1966:


Commercial air traffic, in terms of turbulence, is pretty darn safe
The last crash caused by turbulence was  in 1966 near Mount Fuji in Japan.

In 2010, the US National Highway Traffic Safety Administration reported 9,442,000 car accidents, including more than 22,000 fatalities and almost 2 million injuries. The same year, the National Transportation Safety Board (NTSB) documented one major accident and 14 injuries on commercial planes, and no fatalities.

But don't be so quick to unbuckle your seat belt and freely roam the cabin. Turbulence is the No. 1 cause of in-flight injuries, with crew members often suffering the highest number of bangs, bruises and broken bones. The FAA reported that turbulence injured five passengers and 28 crew members last year. Over the same period, the NTSB investigated 10 turbulence-related accidents.

If people followed the rules the statistics would be even lower: Protecting yourself is as easy as insert, click, adjust. Even when the pilot turns off the sign, keep your seat belt on. If the plane suddenly jolts, you don't want to bump heads with the ceiling.