I went to the Soutward Car Museum in Paraparaumu, New Zealand with some visitors on Saturday, and found myself delighted to see a Vampire Aircraft suspended from the ceiling! 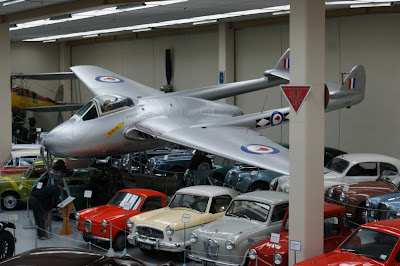 The aircraft is NZ5570, late of the RNZAF and Former Royal Air Force WA444 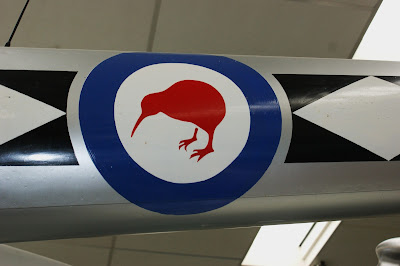 Shipped to New Zealand on 'Hertford". BOC 25 June 1956. Took part in Exercise Silver Bullet the farewell tour of New Zealand to mark the withdrawal of the Vampire during late 1972. 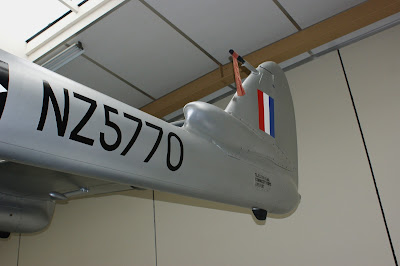 Flown to Woodbourne for storage 15 December 1972 and sold by GSB tender number DO1523 16 March 1973. To Swedish Museum but sale fell through and aircraft was retendered. 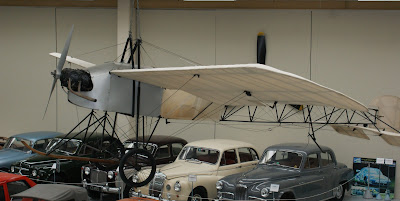 Also on display is this Bleriot replica, used in he 1960's movie
'Those Magnificent Men in their Flying Machines'.

Other Kiwi Vampires:
(Copyrights as indicate, and happy to credit if notified)