The Dakota (RAF designation) is a military transport aircraft developed from the civilian Douglas DC-3 airliner. It was used extensively by the Allies during World War II and remained in front line service with various military operators through the 1950s, and into the 1980 and early 1990s in South Africa. 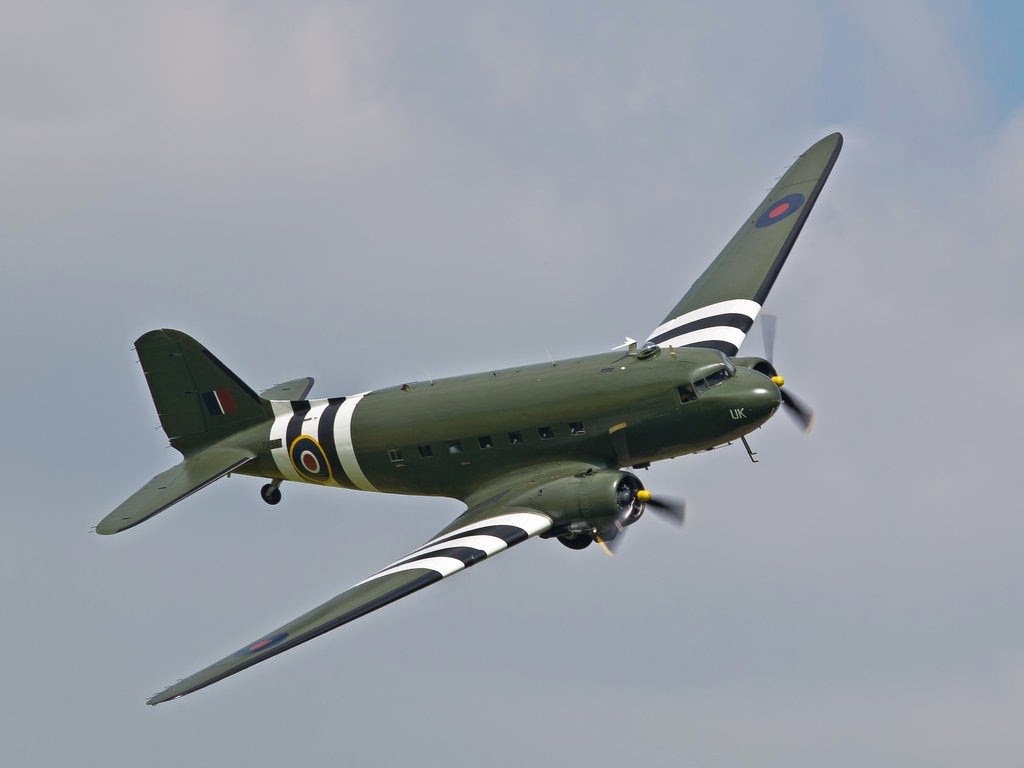 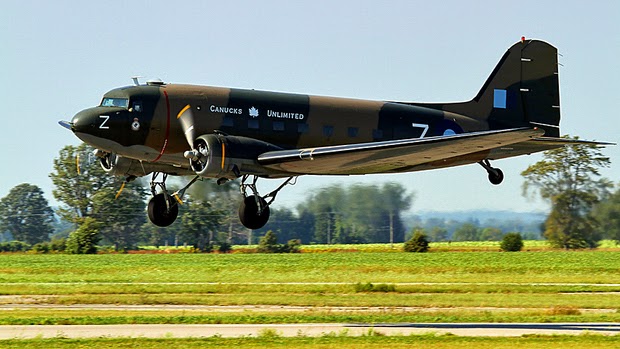 During World War II, the armed forces of many countries used the C-47 and modified DC-3s for the transport of troops, cargo, and the wounded. The U.S. Naval designation was R4D. More than 10,000 aircraft were produced in Long Beach and Santa Monica, California and Oklahoma City, Oklahoma. The Oklahoma City plant produced 5,354 C-47s from March 1943 until August 1945. 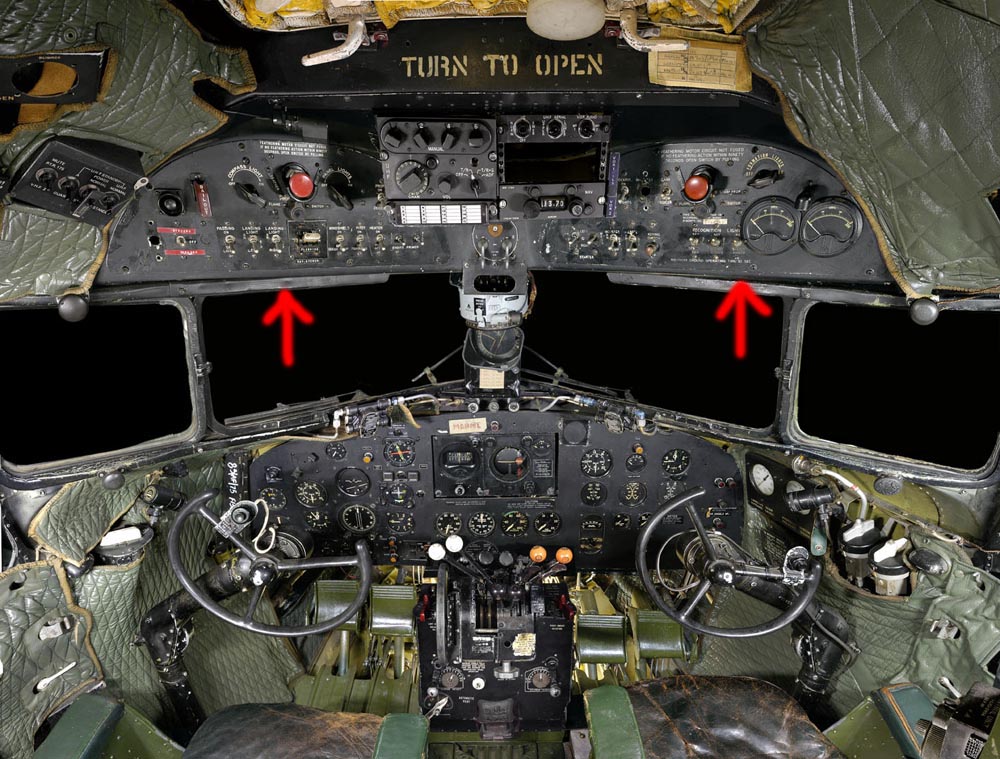 The C-47 was vital to the success of many Allied campaigns, in particular those of D-Day, Guadalcanal and in the jungles of New Guinea and Burma, where the C-47 (and its naval version, the R4D) made it possible for Allied troops to counter the mobility of the light-traveling Japanese army. Additionally, C-47s were used to airlift supplies to the embattled American forces during the Battle of Bastogne. Possibly its most influential role in military aviation, however, was flying "The Hump" from India into China. The expertise gained flying "The Hump" was later be used in the Berlin Airlift, in which the C-47 played a major role, until the aircraft were replaced by Douglas C-54 Skymasters.

In Europe, the C-47 and a specialized paratroop variant, the C-53 Skytrooper, were used in vast numbers in the later stages of the war, particularly to tow gliders and drop paratroops. In the Pacific, with careful use of the island landing strips of the Pacific Ocean, C-47s were even used for ferrying soldiers serving in the Pacific theater back to the United States. C-47s (about 2,000 received under lend-lease) in British and Commonwealth service took the name Dakota, from the acronym "DACoTA" for Douglas Aircraft Company Transport Aircraft. The C-47 also earned the informal nickname 'Gooney Bird' in the European theater of operations.

Other sources (C-47/R4D Skytrain units of the Pacific and CBI, David Isby, Osprey Combat Aircraft #66, Osprey Publishing Limited, 2007) attribute this name to the first plane, a USMC R2D - the military version of the DC-2 - being the first plane to land on Midway Island, previously home to the native long-winged albatross known as the gooney bird, which was native to Midway.

The Luftwaffe  operated captured  DC2/3s and C47s. The one pictured above is variously described as a DC2 and 3 by various onloine sources. Apparently the personal aircraft of the German Heer  C-in-C in the Netherlands. Will research and do a separate posting! An interesting direction to explore. The Russians also License-built their own variant (more of that later too)

The United States Air Force's Strategic Air Command had Skytrains in service from 1946 through 1967.

The Royal Canadian Air Force and later, the Canadian Armed Forces employed the C-47 for transportation, navigation, and radar training, as well as for search and rescue operations from the 1940s to the 1980s.

After World War II, thousands of surplus C-47s were converted to civil airline use, some remaining in operation in 2012, as well as being used as private aircraft.

Large numbers of DC-3s and surplus C-47s were in commercial use in the United States in the 1940s. In response to proposed changes to the airworthiness requirements that would limit the continuing use of the large numbers of DC-3s and surplus C-47s in commercial use in the United States, Douglas offered a late 1940s DC-3 conversion. This was modified to improve takeoff and single-engined performance, to meet the new Civil Air Regulations. The new model, the DC-3S or "Super DC-3", was 39 in (0.99 m) longer. It allowed 30 passengers to be carried, with increased speed to compete with newer airliners. The rearward shift in the center of gravity led to larger tail surfaces and new outer, swept-back wings. More powerful engines were installed along with shorter, jet ejection-type exhaust stacks. These were either 1,475 hp (1,100 kW) Wright R-1820 Cyclones or 1,450 hp (1,081 kW) Pratt & Whitney R-2000s in larger engine nacelles. Minor changes included wheel well doors, a partially retractable tailwheel, flush rivets, and low drag antenna. These all contributed to an increased top speed of 250 mph (400 km/h). With greater than 75% of the original DC-3/C-47 configuration changed, the modified design was virtually a new aircraft.The first DC-3S made its maiden flight on 23 June 1949.

The changes fully met the new FAR 4B airworthiness requirements, with significantly improved performance. However, little interest was expressed by commercial operators in the DC-3S. It was too expensive for the smaller operators which were its main target: only three were sold to Capital Airlines. The U.S. Navy and U.S. Marine Corps had 100 of its R4D aircraft modified to Super DC-3 standards as the R4D-8, later redesignated C-117D.[10]

XC-47C: C-47 tested with Edo Model 78 floats for possible use as a seaplane 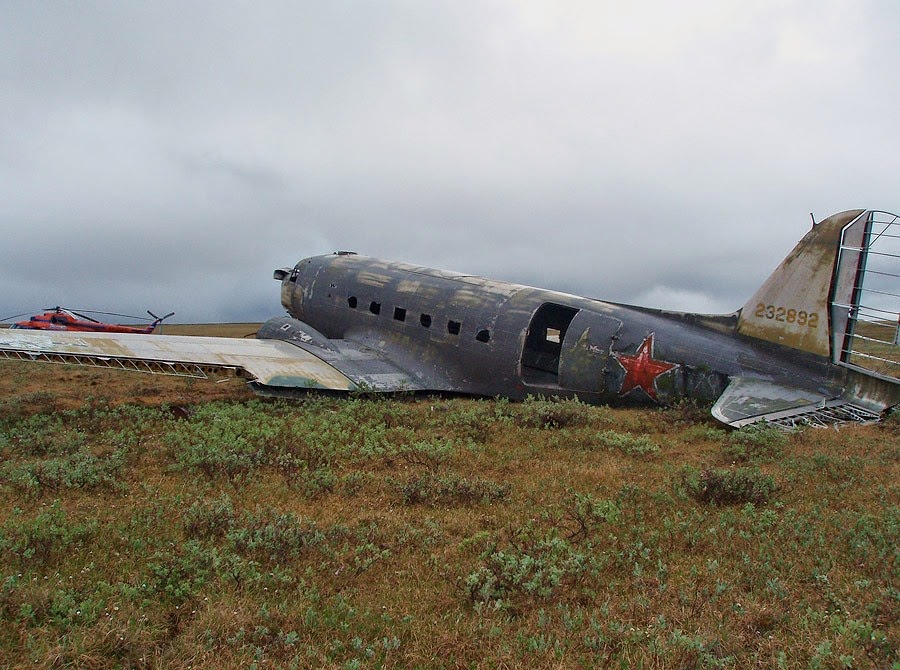 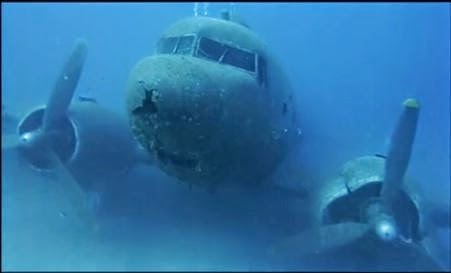