Soviet Douglas A-20 Havoc (re) discovered in Siberia - The history

An American military aircraft lost 71 years ago over western Siberia was discovered in the Taiga, Russian environmentalists said.The wreck of a Soviet Douglas A-20 Havoc recently re-emerged in the Taiga of western Siberia in Russia. Apparently the lend-lease medium bomber, one of roughly 3400 of the type given to the Soviet Union, went down on its ferry flight from Alaska to the Eastern Front in 1943 flying from Alaska over the ALSIB (Alaska-Siberia) air ferry route. The Taiga is a vast  forest which is largely uninhabited, and buried under snow and ice for much of the year. 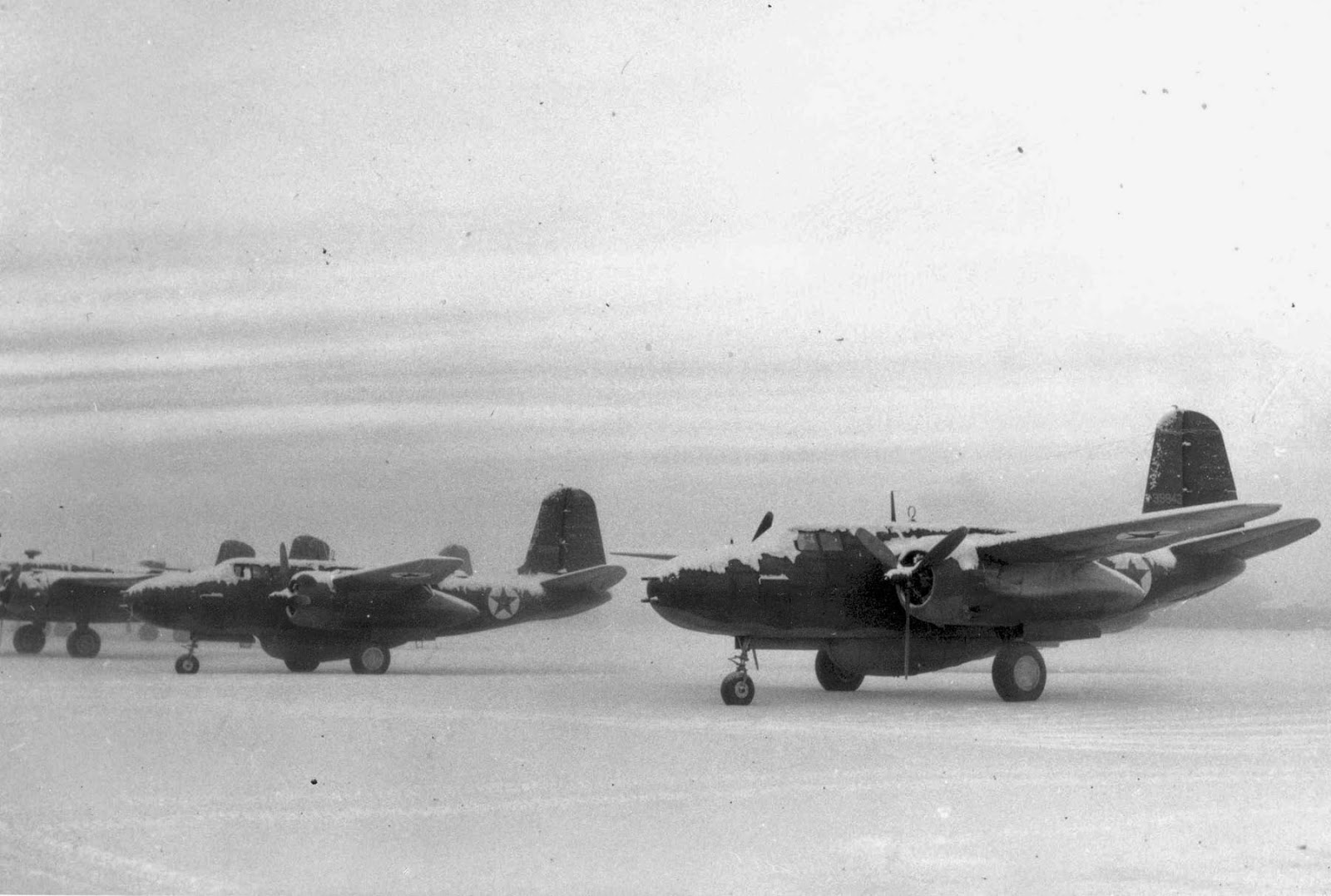 No photographs have surfaced publicly as of yet, the aircraft (technically designated a DB-7) apparently went down on the slopes of Zelyonaya mountain in the Kemerovo region. Sadly, it appears that the un-named Soviet ferry crew perished in the wartime crash. The aircraft’s serial number is not known currently, but the fuselage bears the markings “F216″, so finding its true identity should not pose too great a problem for researchers.


The Soviet Union received more than $11 billion worth of supplies and military equipment from its U.S. ally over the course of the war. The wreckage of the lost DB-7 was initially discovered by a hunter in 1966, but after leaving the aircraft, he was unable to retrace his steps in order to find it again.

The search continued for 48 more years until the bomber was finally discovered in the Kuznetsky Alatau wildlife reserve, according to the reserve's official site.

It remained unclear what caused the crash. No hostilities took place in Siberia, but the heavily loaded bomber could have failed to fly over the mountain in cloudy weather, the report said.
Aircraft incoming from Alaska were manned by Soviet crews. The DB-7 had a crew of four, whose names remain unknown. 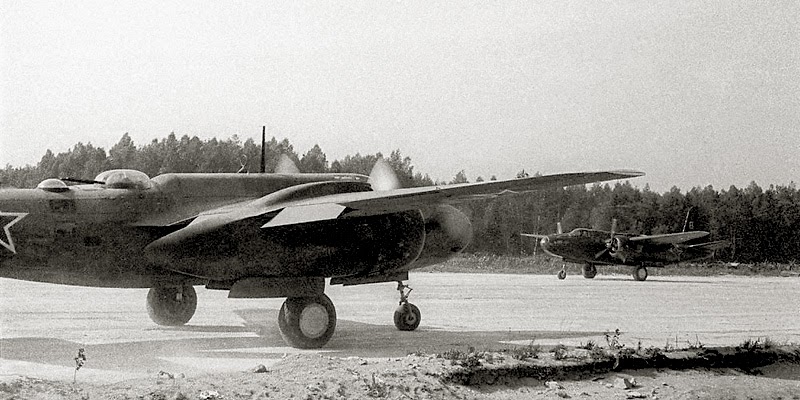 What will happen with the wreck is not public knowledge, but hopefully a recovery team will locate and identify the crew’s remains for burial. Given the remoteness of the location, the wreck seems likely to stay where it is for the meantime though.

The Douglas A-20 Havoc (company designation DB-7) was an American attack, light bomber, intruder and night fighter aircraft of World War II. It served with several Allied air forces, principally the United States Army Air Forces (USAAF), the Soviet Air Forces (VVS), Soviet Naval Aviation (AVMF) and the Royal Air Force (RAF) of the United Kingdom. Soviet units received more than one in three (2,908 aircraft) of the DB-7s ultimately built. It was also used by the air forces of Australia, South Africa, France, and the Netherlands during the war, and by Brazil afterwards. 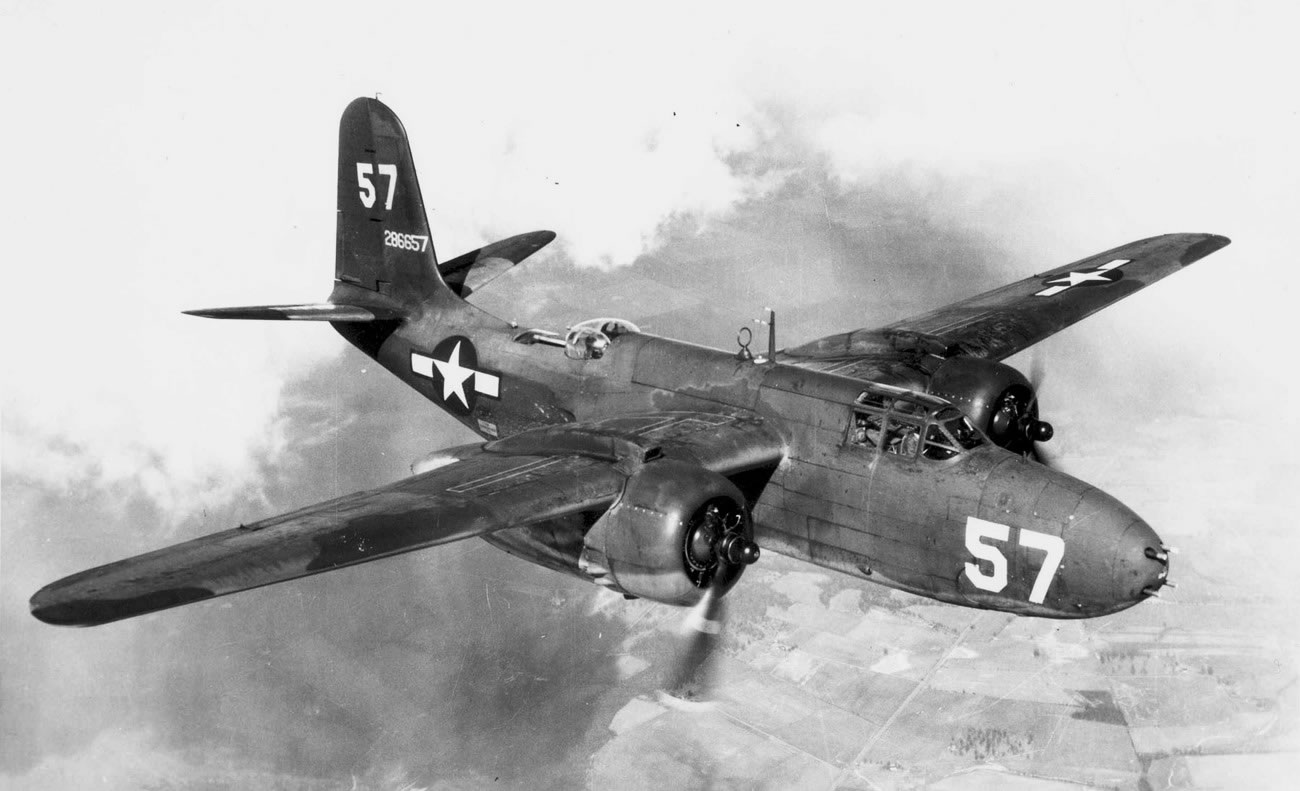 France
The French order called for substantial modifications, resulting in the DB-7 (for Douglas Bomber 7) variant. It had a narrower, deeper fuselage, 1,000 hp (746 kW) Pratt & Whitney R-1830-SC3-G radials, French-built guns, and metric instruments. Midway through the delivery phase, engines were switched to 1,100 hp (820 kW) Pratt & Whitney R-1830-S3C4-G. The French designation was DB-7 B-3 (the B-3 signifying "three-seat bomber").

The DB-7s were shipped in sections to Casablanca for assembly and service in France and French North Africa. When the Germans attacked France and the Low Countries on 10 May 1940, the 64 available DB-7s were deployed against the advancing Germans. Before the armistice they were evacuated to North Africa to avoid capture by German forces.

Here, they fell under control of the Vichy government, but saw practically no action against the Allies except briefly during the Allied invasion of North Africa. After French forces in North Africa had sided with the Allies, DB-7s were used as trainers and were replaced in front line units by Martin B-26 Marauders. In early 1945, a few DB-7s were moved back to France where they saw action against the remaining isolated German pockets on the western coast.

British Commonwealth
The remainder of the order which was to have been delivered to France was instead taken up by the UK. In the course of the war, 24 squadrons operated the Boston. It first entered service with RAF Bomber Command in 1941, equipping No. 88 Squadron.

Their first operational use was not until February 1942 against enemy shipping. On 4 July 1942 United States Army Air Force (USAAF) bomber crews, flying RAF Boston aircraft, took part in operations in Europe for the first time attacking enemy airfields in the Netherlands. They replaced the Bristol Blenheims of No. 2 Group RAF for daylight operations against occupied Europe until replaced in turn by de Havilland Mosquitos. 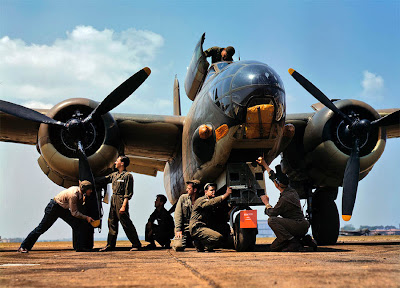 The onboard radar operator would then direct the pilot until he could illuminate the enemy. At that point a Hawker Hurricane fighter accompanying the Turbinlite aircraft would make the attack. Unfortunately this also made the aircraft a target. The Turbinlite squadrons were disbanded in early 1943. Soviet Union
Through Lend-Lease, Soviet forces received more than two-thirds of version A-20B planes manufactured and a significant portion of versions G and H. The A-20 was the most numerous foreign aircraft in the Soviet bomber inventory. The Soviet Air Force had more A-20s than the USAAF.

They were delivered via the ALSIB (Alaska-Siberia) air ferry route. The aircraft had its baptism of fire at the end of June 1942. The Soviets were dissatisfied with the four Browning machine guns and replaced them with faster-firing ShKAS. During the summer 1942, the Bostons flew low-level raids against German convoys heavily protected by flak. Attacks were made from altitudes right down to 33 ft (10 metres) and the air regiments suffered heavy losses.

By mid-1943 Soviet pilots were well familiar with the A-20B and A-20C. The general opinion was that the aircraft was overpowered and therefore fast and agile. It could make steep turns with an angle of up to 65°, while the tricycle landing gear facilitated take-off and landings. The type could be flown even by scarcely trained crews. The engines were reliable but rather sensitive to low temperature, so the Soviet engineers developed special covers for keeping propeller hubs from freezing up.

Some of these aircraft were armed with fixed-forward cannons and found some success in the ground attack role. By the end of the war, 3,414 A-20s had been delivered to the USSR, 2,771 of which were used by the Soviet Air Force. 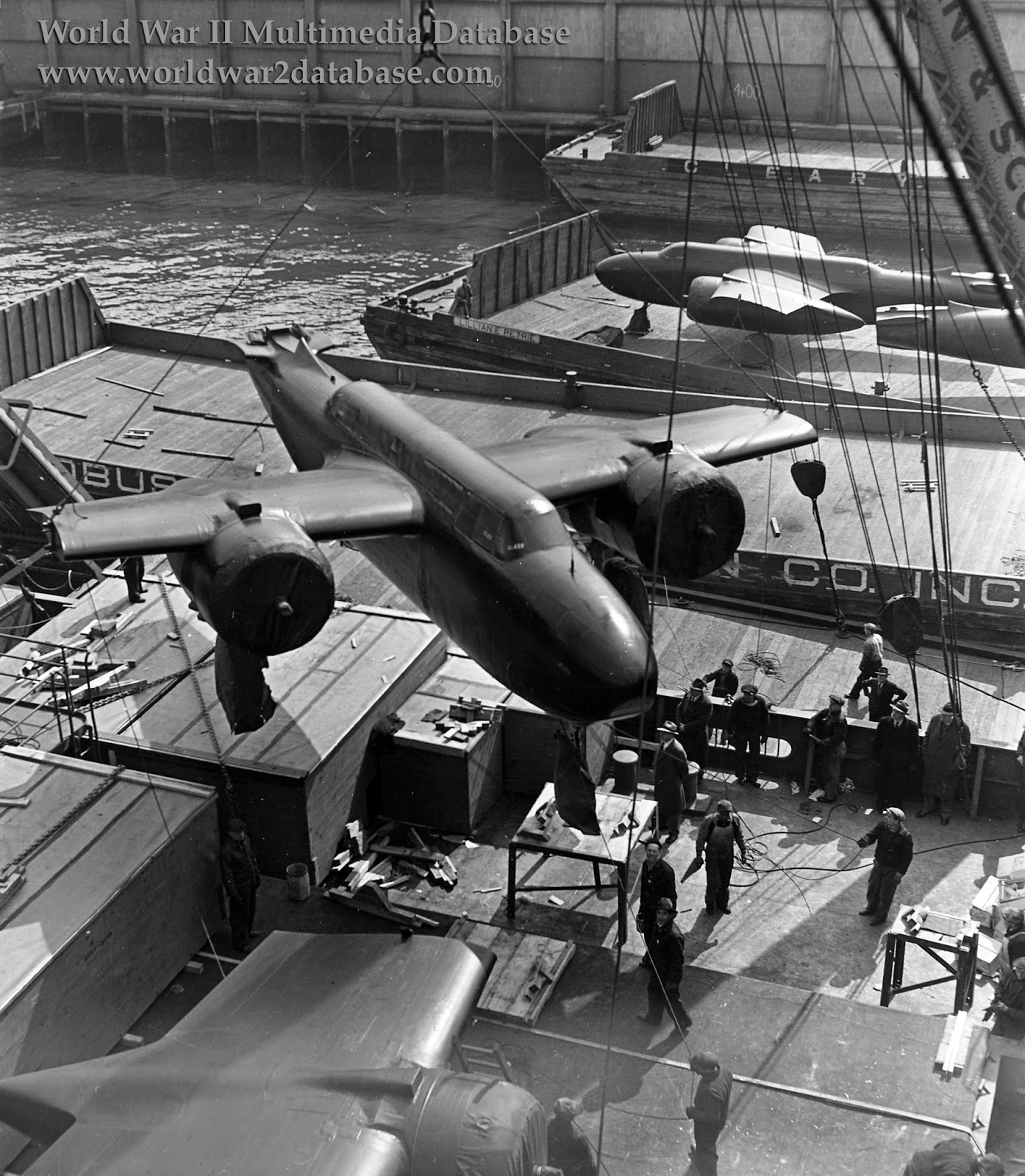 American-built Douglas A-20C Havocs being loaded onto a cargo ship for transport to the Soviet Union. They were welded to the deck to prevent loss in heavy seas.

The scow with two planes on it, the Lillian E. Petrie, was damaged in an accident Long Island in November 1943. While the Arctic Convoys were more dangerous and captured the public's attention, much more supplies were sent through Iran and across the Pacific. Ships carrying Lend-Lease supplies would transit from New York, New York to Capetown, South Africa and terminate in Bandar Shahpur, Iran or Basra, Iraq.

In 1941-1942 most supplies went through the North Sea, because the Soviets did not want a large Anglo-American presence on their border. It took time to develop the "Persian Corridor" to receive substantial supplies, because only one dock in each terminus could handle large ships and the Tehran-Soviet railways lacked capacity. The railway from Bandar Shahpur to Tehran and then the Soviet Union was light rail through mountains. As late as 1944 supplies ordered (and delivered) in 1942 were still waiting for transit to the Soviet Union. The British took over the railroad, but the delivery of rolling stock and engines from the United States was delayed. The Americans took over the administration of the Persian Corridor in 1944, when their industrial output was reaching its zenith. By July, the peak month of deliveries, 282,097 long tons (286623.8 metric tons) came through the Persian Corridor.

2,771 A-20s were delivered to the Soviet Union through Lend-Lease. The A-20C was an attempt to standardize British and American versions. Developed for foreign markets, it was designated the A-20C by the United States Army Air Force and the Boston IIIA by the United Kingdom's Royal Air Force. Douglas built 808 at their Santa Monica plant and Boeing Aircraft built 140 A-20Cs under license.

Much of the Lend-Lease order for the United Kingdom was sent to the Soviet Union. When the United States entered the war, they took over many A-20Cs to start training; the Americans rarely, if ever, used the C model in combat. However, because the variant could carry a torpedo, it was effective as a surface raider with the Soviet Air Force.