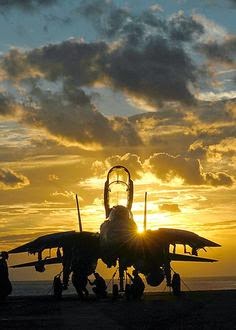 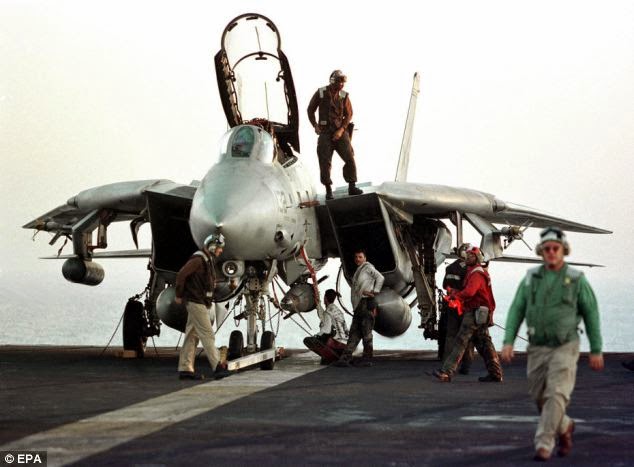 Cue"Highway to the Danger Zone..."
Have an earworm, guys!

The F-14 is an iconic aircraft for all us Top Gun movie lovers out there, and most aircraft nuts of the 80s, even if you didn't like Top Gun...

The Grumman F-14 Tomcat flew for the first time 44 years ago today.

The F-14 emerged from the failed F-111B, which left the Navy without a successor for the F-4 Phantom in the air defense role.  Variable geometry swing-wings combined high-speed performance and supersonic maneuverability with docile low-speed handling.  The Tomcat was well ahead of its time – the Central Air Data Computer used to control wing sweep was the first microprocessor design in history and it’s design was not made public until more than 20 years after the F-14 first entered service.

The Hughes AN/AWG-9 radar was capable of detecting and tracking 24 targets flying at different airspeeds, altitudes and directions while engaging six targets simultaneously at a range of 100 miles with the AIM-54 Phoenix missile.  A Tactical Air Reconnaissance Pod System (TARPS) was designed for use on the Tomcat in the carrier-based photo-reconnaissance role as the RA-5 Vigilante and RF-8 Crusader aircraft were retired.  TARPS allowed the F-14 to deliver real-time photos to theater commanders, providing surveillance and Bomb Damage Assessment imagery.  The Low Altitude Navigation and Targeting Infrared for Night (LANTIRN) system allowed the Tomcat to transition to the “Bombcat,” enabling it to fly at low altitude, at night and in all weather conditions to attack ground targets with a variety of precision-guided munitions.  The Tomcat did it all – long-range carrier-based fleet interceptor, tactical reconnaissance platform and fighter-bomber aircraft.

Some tailfin art for the afficionado's out there: 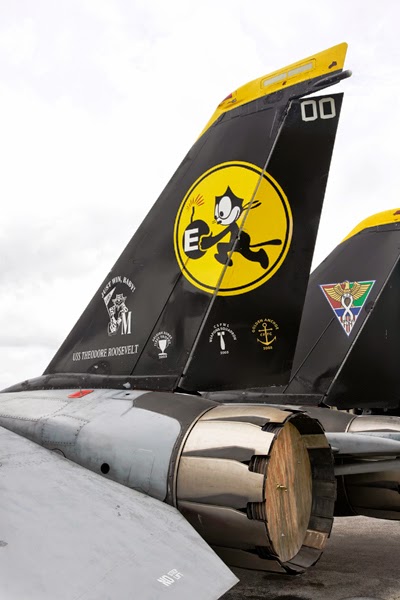 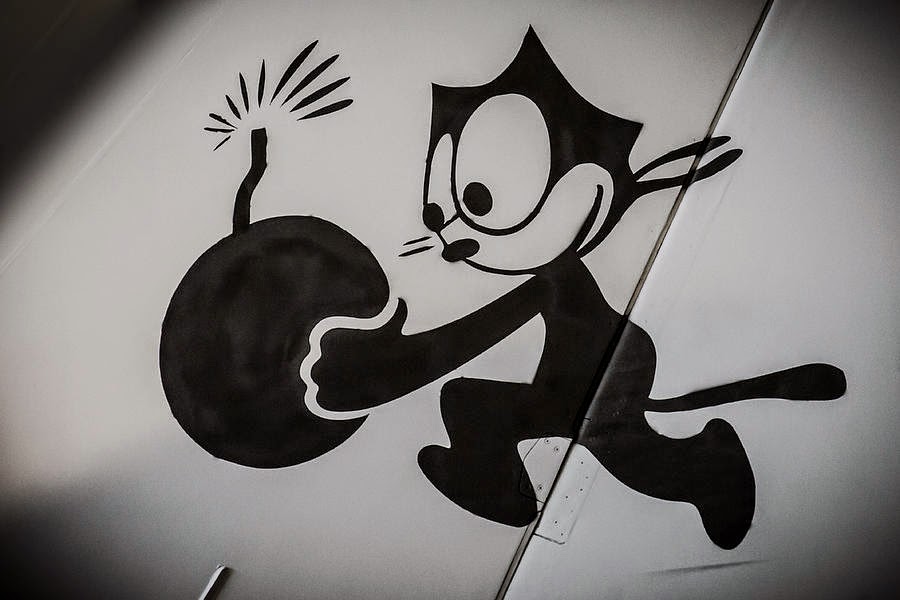 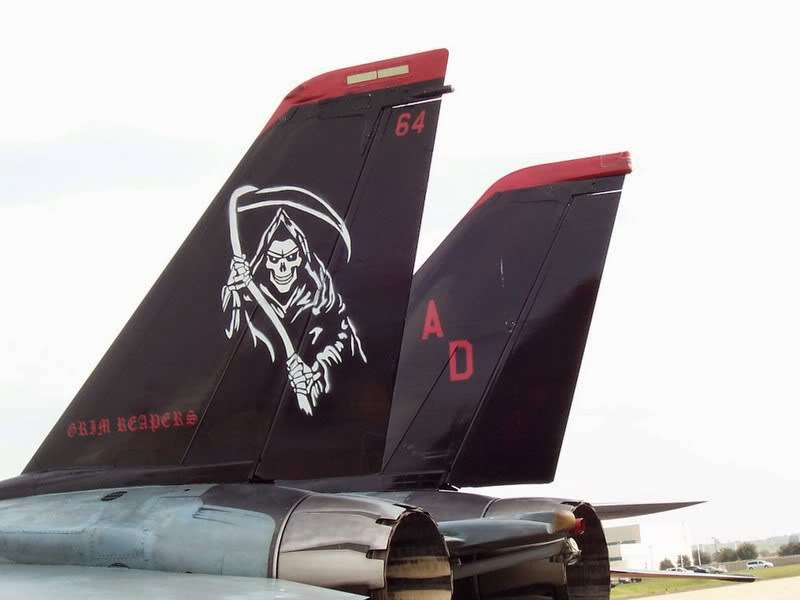 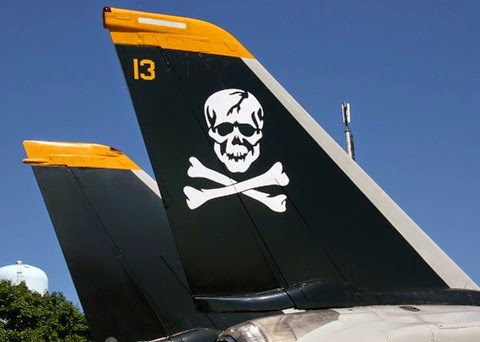 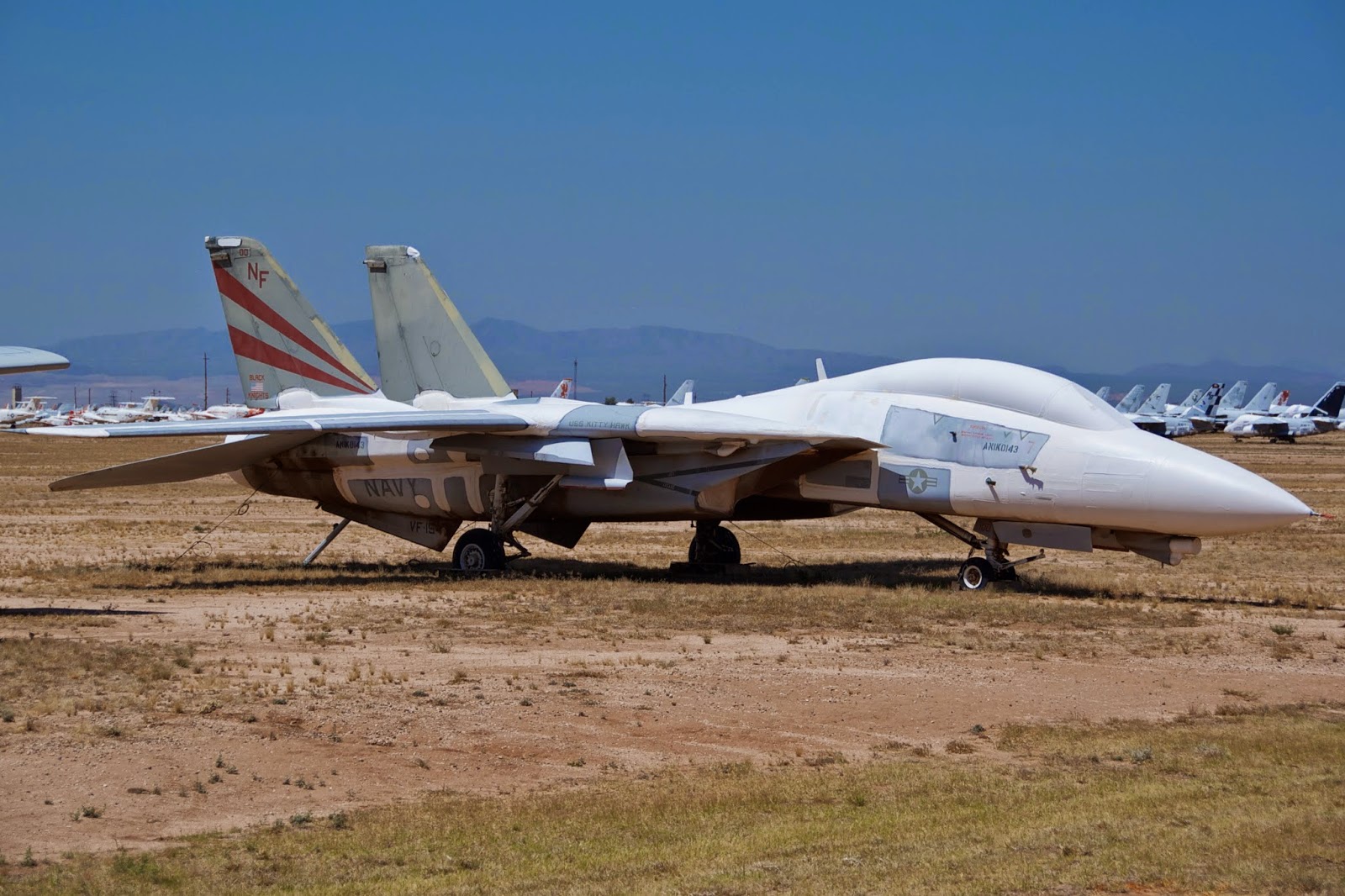 Sadly many are now in mothballs, and awaiting disposal.
!
at December 23, 2014