Senior Pentagon officials are expected on Friday to sign off on a comprehensive plan for testing and evaluating Lockheed Martin Corp's F-35 Joint Strike Fighter, an important next step for the new stealth warplane, according to two sources familiar with the programme. 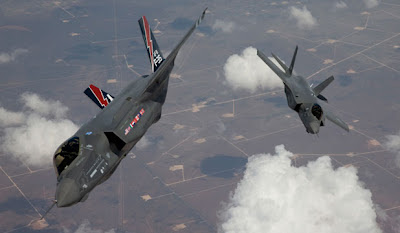 The test evaluation master plan, already approved by US Navy and Air Force officials, maps out a schedule for testing that must be completed before the military can start using the new radar-evading fighter for military operations, said the sources, who were not authorised to speak publicly.
Senior defense officials, who served on the Defense Acquisition Board, are expected to approve the document at a meeting scheduled for Friday, they said.
The meeting is not intended to address any other significant programme milestones.
Lockheed is developing and building three variants of the F-35 for the US Air Force, Navy and Marine Corps, as well as eight international partners who are helping to fund the plane’s development, plus Israel and Japan.
When the programme began in 2001, the US military planned to begin using the new fighter this year, but it has been delayed by several years to address technical issues and reduce the overlap between development and early production.
Company and military officials said developmental testing now underway is going well, but the plane must undergo significant operational testing and evaluation before it can be certified for use by the US military.
In a separate development, the Air Force is planning to start a 65-day evaluation at Eglin Air Force Base in Florida on Monday that will pave the way for the start of pilot training for the new jets, the sources said.
No comment was immediately available from the Pentagon’s F-35 programme office.
Reuters
at September 05, 2012