Canberra bombers in the 1950s:

I grew up with the Canberra bomber being a low-level subsonic bomber and photo reconnaisance aircraft in South Africa. My cousin's late husband, Nick Barkhuizen, was a navigator/photographer in these interesting aircraft during the Border War in South Africa. Some of his photographs form the first posts on my blog. I just wish I had access to more of his photos from this era.

I have long realised that many of my patients have fascinating military (and civilian) aircraft careers behind them, and often have priceless photographs of these magnificent flying machines they served in and on.

I often regret not having asked permission to share or copy many of these amazing photos I have seen or stories I have heard. In the past I have seen pictures from the Desert War in North Africa during WW2, Coastal Command's Short Sunderland's, RAF Lancasters and Mosquito's, many of which I fear are now lost. One pilot was even awarded the freedom of Paris for his squadron's work escorting B17 bombers in P51s during WW2 !

Recently I was given a gift of a calendar with A3 shots of  WW1 planes. I put this up on my surgery wall.

All of a sudden all the fellow aircraft nuts came out of the woodwork! I have now made a point of asking if I may share their stories and photos (with permission, of course)...

I will endeavour to share some of their stories and photos. So here goes with the first one:

From Warwick Avery: I have known him for 14 years, but I never new his history of being in the ground crew with RNZAF Territorial forces. Some great pics of Canberra bombers from the last great air race:
London to Christchurch 1953, and then some. (Watch my blog for more from him)


So I undertook to a bit of research about this fascinating event. This is what I dredged up:


"The winner of the race was WE139 a Royal Air Force English Electric Canberra
piloted by Flight Lieutenant Burton, now on display at the Royal Air Force Museum London:" Wikipaedia picture of the winning aircraft

The race was divided into an outright speed section and a section for commercial transport aircraft types.

The speed section was won by a Royal Air Force English Electric Canberra PR.3 flown by Flight Lieutenant Roland (Monty) Burton and navigated by Flight Lieutenant Don Gannon. The plane touched down at Christchurch Airport 41 minutes ahead of its closest rival — after 23hr 51min in the air including 83 minutes on the ground; to this day the record has never been broken. 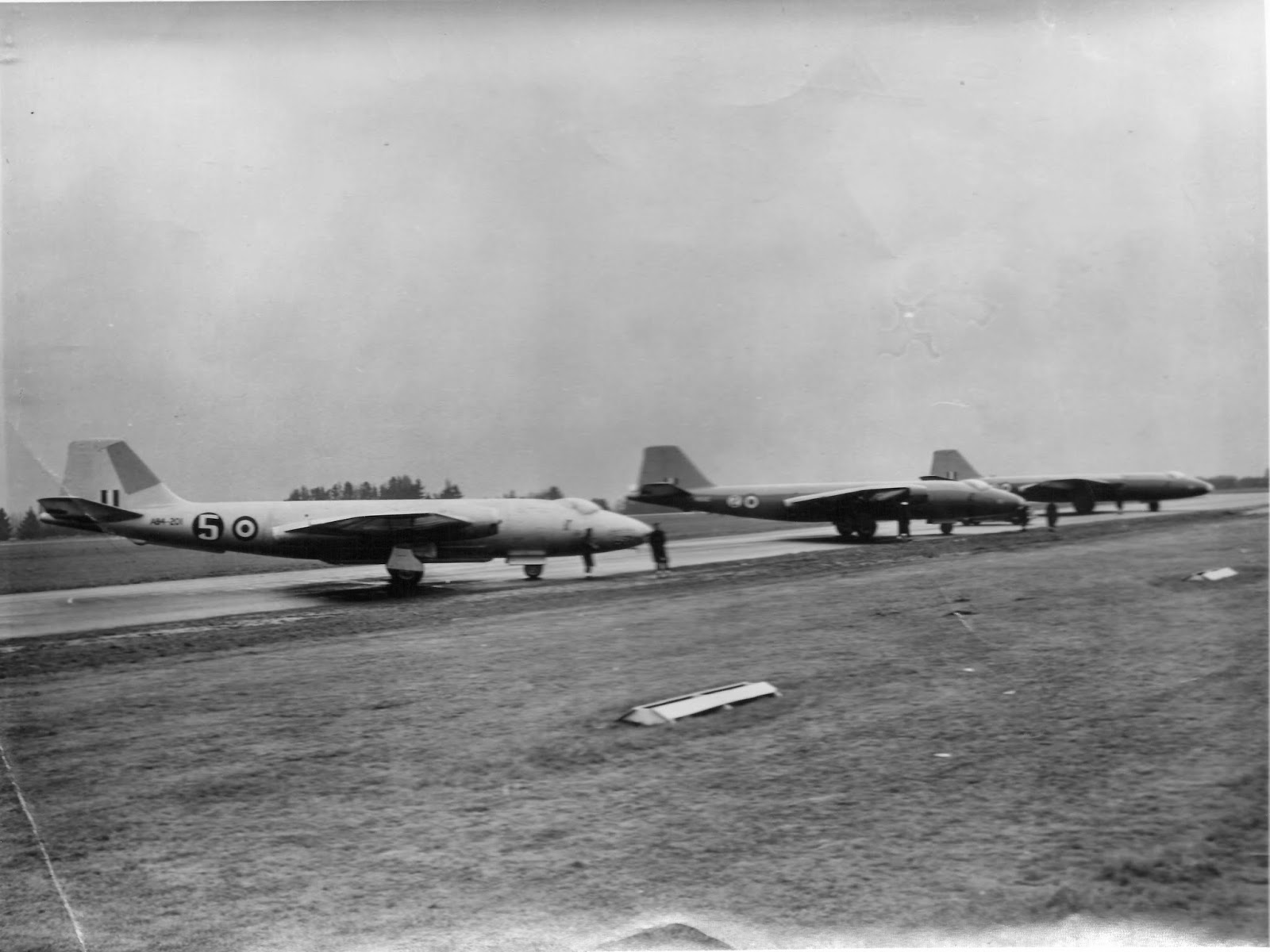 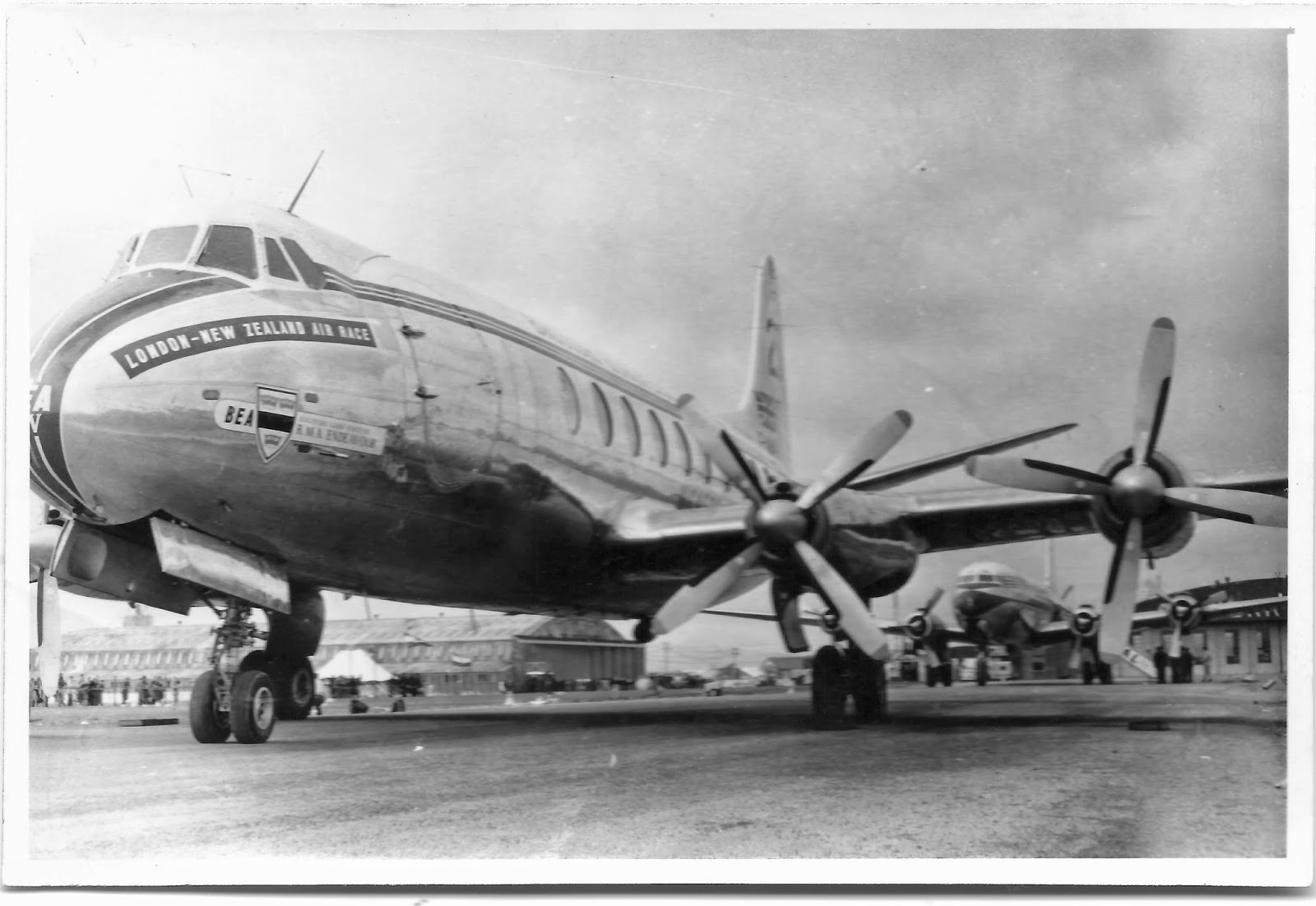 
There have been many films made about the commercial section of this race: a Vickers Viscount which finished first, followed by a Douglas DC-6A of KLM Royal Dutch Airlines which was declared the winner on handicap. A Royal New Zealand Air Force Handley Page Hastings also took part.

Second in the speed section was Squadron Leader Peter Raw of No. 1 Long Range Flight RAAF in an Australian-built Canberra.

Wikipaedia: Douglas DC-6A PH-TGA of KLM Royal Dutch Airlines at London Heathrow wearing racing number 21 when competing in the 1953 London-Christchurch Air Race. It carried a group of Dutch emigrants. It is here displayed at London Heathrow before departure for New Zealand.

In popular culture: The film Bride Flight dramatising this last prize flight was released in 2008. Bride Flight was a 2008 film about three women and one man from Holland, who all start new lives in New Zealand. It starts with the victory of the KLM flight in the 1953 London to Christchurch air race. It was directed by Ben Sombogaart and stars Rutger Hauer, Elise Schaap, Anna Drijver, Karina Smulders, Waldemar Torenstra and Rawiri Paratene. 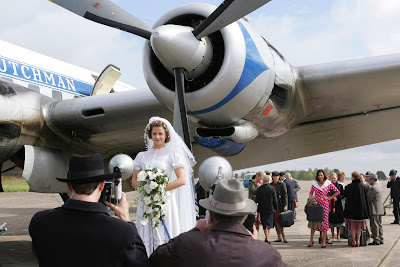 The film premièred in 2008, with the first release in Belgium. The Dutch singer Ilse DeLange wrote and sang the title song for the movie: "Miracle".