Did MH370 Fly on autopilot until its fuel ran out?

Theories abound about what happened to MH370 and why it (probably at this stage) ended up in the drink. Having discussed the situation with experienced pilots and ATC crew, I started wondering if sudden incapacitation had overcome the pilots while they were still entering co-ordinates for a return to the closest Malaysian Airport capable of allowing a 777 to land (Langkawi Island)

My theory (and that of others, by the look of things) was that some catastrophic event rendered both pilots and crew unconscious or dead, (likely the same fate for the passangers) and the plane simply flew on on the programmed heading, on autopilot, until the fuel simply ran out. Pilot suicide in this fashion simply makes no sense to me. I think it was a ghost flight:

It would have taken less than a minute for the pilots, passengers and crew aboard MH370 to lose consciousness and have their fate sealed if the cabin experienced a catastrophic loss of pressure and became what is known as a "ghost flight".

It would not be the first time that a flight has flown for hours with all those on board unconscious before crashing. Opinion from the Sydney Morning Herald:

In 1999, American golfer Payne Stewart was among six people on a Learjet that took off from Orlando, Florida bound for Dallas, Texas who died after a sudden loss of cabin pressure deprived them of oxygen.

Despite the pilots being incapacitated, the plane flew on auto-pilot for a further four hours before running out of fuel and crashing into a field in South Dakota, more than 2250 kilometres off-course.

Six minutes into the flight, the alarm was raised and the Learjet was monitored by two F16- fighters but nothing could be done to save the plane.

Flight 522, a Boeing 737, was initially feared hijacked in 2005 when it crashed into a mountain in Greece leaving 121 dead. A crash investigation revealed that the pilots had succumbed to hypoxia and had mistaken a pressure warning signal and lights for other safety alerts.

A flight attendant who had pilot training and was able to stay conscious, tried unsuccessfully to control the plane before also passing out. The plane stayed in the air for two more hours before running out of fuel and crashing. Autopsies found that the passengers had been alive but could not establish whether they were conscious at the time of the crash.

Five years earlier, in 2000, a Beechcraft King Air 200 took off from Perth to transport workers to a mine in Leonora but after less than 30 minutes began to climb too high, setting off alarms with air traffic controllers. The pilot asked the control room to "stand by" and then, it was later concluded, promptly passed out from hypoxia.

Air traffic controllers could do nothing but watch as the plane, transporting mine workers, flew across the country on auto-pilot for about five hours before running out of fuel and crashing in Queensland, killing all eight people on the plane.

In 1980, a football coach Bo Rein and pilot Louis Benscotter were aboard a twin-engine Cessna 441 in Louisiana when it inexplicably began climbing above its planned flight path's altitude and lost all contact.

The plane flew on for more than 1600 kilometres, apparently on auto-pilot, before crashing into the Atlantic Ocean. Investigators believed a problem with the plane's oxygen supply had rendered the pair unconscious. 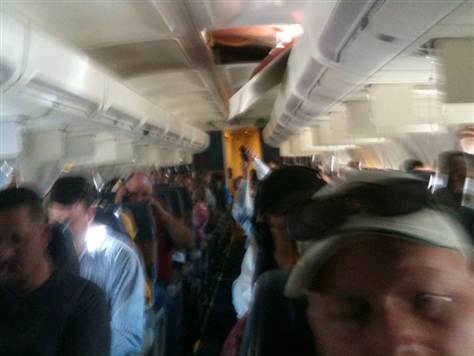 1. How long would someone have to put on an oxygen mask before passing out?

University of New South Wales head of School of Aviation Jason Middleton said that at 35,000 feet a person would have a minute or less to put on an oxygen mask before becoming unconscious.

2. How much oxygen would be available?

Passenger oxygen masks automatically drop if there is a loss of cabin pressure. Professor Middleton said passengers would have about 10 minutes supply of oxygen while the pilots descended to 10,000 feet as quickly as possible, at which point it is safe to breathe without an oxygen supply.

Professor Middleton said MH370s' pilots would have had enough oxygen for about 30 minutes. But he said it had been shown that stress could make people consume oxygen four to five times faster than if they were calm. Crew also have access to portable oxygen tanks that allow them to move within the cabin and help passengers.

3. How long can auto-pilot work for?

An Australian commercial pilot, who did not want to be named, said the auto-pilot system would work until a plane's fuel ran out. The pilot said when the engines began to fail from lack of fuel, a system that is powered by air would keep the plane going for a short time longer before finally crashing.

4. Would those on board have known if there was a loss of cabin pressure?

The commercial pilot said if there was a loss of pressure in the plane the first thing a pilot would do would be to don their oxygen masks, which would take three to four seconds.

They dismissed some MH370 theories that had suggested the pilots may not have put on their oxygen masks to ensure they could see if there was smoke from a fire, as pilots' oxygen masks have smoke hoods and can be purged to ensure their vision is kept clear.

The pilot said if there was a slow leak there would be numerous warning signs, including a loud siren if the plane got to 10,000 feet without enough pressure. They said there was no way the pilots could have flown without being aware that there had been a loss of pressure and even if there was an explosion of some sort, the pilots could hold their breath while making a rapid descent.

Professor Middleton said making an emergency descent due to depressurisation was part of standard training for commercial pilots. Checking oxygen supplies is also a mandatory part of pre-flight safety checks.

But wait, it gets worse:

Of all the various theories to have emerged about the disappearance of Malaysia Airlines flight MH370, this could be the most terrifying yet:

Aviation experts have raised the possibility that, if the flight's pilots had become incapacitated, the passengers and cabin crew may have flown for seven hours aware that there was a problem but unable to raise the alarm .

That's because the reinforced cockpit door, designed for maximum security, would have stopped staff or passengers from getting into the cockpit to make contact with the outside world.

No emergency communication system existed in the cabin of the plane, Fairfax Media has been told. Mobile phones may have been out of range, and the satellite phones which existed in business class could have been disabled, either purposefully or accidentally, by the same incident that eliminated the plane's tracking systems.

''There are no communications available from the cabin to the ground ... only from the cockpit," said Professor Jason Middleton, head of University of New South Wales School of Aviation.

Professor Middleton said post 9-11 security measures meant passengers and crew were isolated from the outside world if a plane's pilots were out of action, whether by their own or someone else's intention or through some sort of emergency.

Professor Middleton said the approach usually worked but that so far flight MH370 had proved to be an "unprecedented case".

The flight path of the doomed Malaysia Airlines jet, established by British satellite company Inmarsat through the plane's "ping" data, has shown that it flew for more than seven hours after it turned back from its scheduled flight path over the South China Sea on March 8.

An Australian commercial pilot, who did not want to be named, said flight MH370 would have had a reinforced cockpit door for security reasons. If the crew could not access the cockpit they would have been helpless without the pilots. "There is no way they could raise the alarm," he said.

American airline pilot and aviation author and blogger Patrick Smith also told Fairfax Media that if for any reason the pilots were unconscious or incommunicado, there would have been no way the for the crew to tell anyone.

There has been much speculation as to why no phone calls or messages were received from passengers or crew on the missing flight. But Smith said the lack of calls did not necessarily support the theory because unless a plane was flying low and within range of a mobile phone tower, mobile phones would not work.

Vincent Lau, an electronics professor specialising in wireless communications at Hong Kong University of Science and Technology, also told the New York Times that the altitude of the plane might have meant mobile phones could not connect with ground stations.

According to the Malaysia Airlines website, in-flight entertainment systems in business class on a Boeing 777-200, the model of flight MH370, are equipped with satellite phones.

Smith said that this entertainment system could, however, be disabled as was the jet's transponder and Aircraft Communications Addressing and Reporting System (ACARS). No one yet knows how and why these systems were not working.
at March 25, 2014