When the P51D was retired in Korea, the SAAF upgraded to the North American F86 Sabre:

2 Squadron was South Africa's contribution to the United Nations war effort during the Korean War from November 1950 to December 1953. 2 Squadron was attached to USAF 18th Fighter-Bomber Wing for the duration of the war.[4] Initially flying the P-51 Mustang, the squadron re-equipped with the F-86 Sabre in February 1953. During the war the squadron flew a total of 12 067 sorties, most being dangerous ground attack missions. 74 of the 94 Mustangs and 4 out of the 22 Sabres were lost, along with 34 pilots. 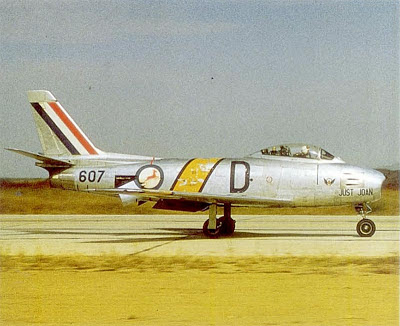 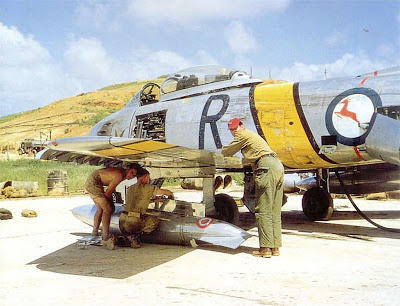 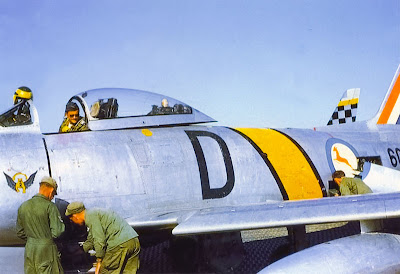 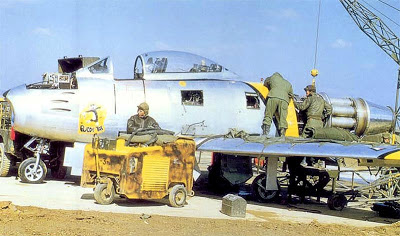 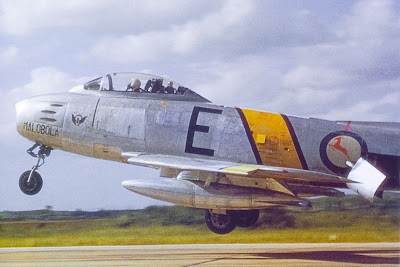 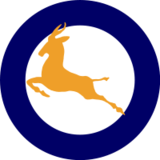 In addition, the Commanding Officer of the USAF's 18th FBW, to which the squadron was assigned, issued a directive at the end of the war that:

In memory of our gallant South African comrades, it is hereby established, as a new policy that at all Retreat Ceremonies held by this Wing, the playing of our National Anthem shall be preceded by playing the introductory bars of the South African National Anthem, 'Die Stem van Suid-Afrika'. All personnel of this Wing will render the same honours to this Anthem as our own.
at December 04, 2012