The SAAF's use of the Sabre started during the Korean War when 2 Squadron had their Mustangs replaced by North American F86F-30 Sabres. This was due to the high regard and respect that the SAAF pilots had achieved with their tenacity in the ground attack role with Mustangs.

The first machines, on loan from he USAF, were delivered in January 1953, and the last returned to the USAF in October 1953.

These early Sabres, although F models, which in theory would of been fitted with the newly-developed "6-3" wing were in fact mostly all fitted with the older slatted non 6-3 wing. There is photographic evidence though that at least one of the attrition replacement aircraft was fitted with a "hard 6-3 wing".

At the cessation of the Korean hostilities 2 Squadron returned all their remaining Sabre's to the USAF. Aircraft losses amounted to four out of 22 Sabres.
Serial numbers  were in the 601 to 622 range. 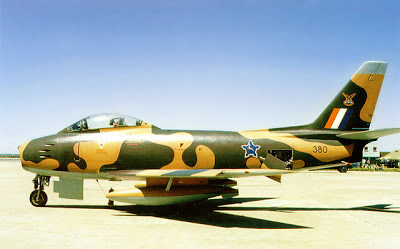 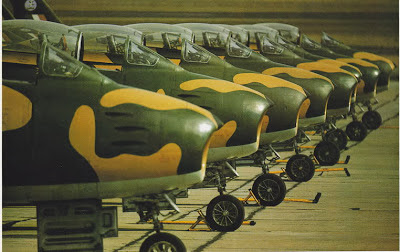 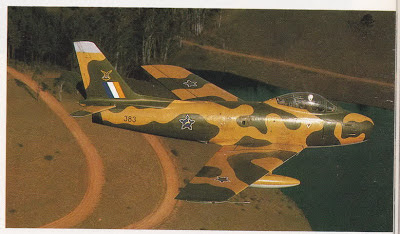 
The SAAF Museum's Sabre is a Canadair CL-13B Sabre Mk 6, one of a batch of 34 acquired by
the SAAF. The specific aircraft in question, serial 367, was delivered to the SAAF on 11 October 1956. The construction number is 1476 and it was allocated the temporary RCAF serial of 23686. 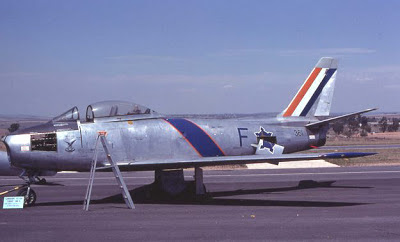 Initially serving with 2 Squadron, it transferred to 1 Squadron in 1964 when they were replaced by Mirage IIICZ's. In 1976, 1 Squadron re-equipped with the Mirage F1AZ and 361 was transferred to the Advanced Flying School at AFB Pietersburg. Sabre 367 undertook its last flight on 3 March 1978 before
being retired from service.

Sabre 376 was placed in storage until 1996 when, under the inspiration of Col Rod Penhall, OC of AFB Bloemspruit and an ex-Sabre pilot at 1 Squadron, the decision was made to resurrect the Sabre for the SAAF Museum. The aircraft was transported by road from the SAAF Museum to AFB Bloemspruit on
15 January 1997. The team worked for slightly more than three years to restore the aircraft to full flying condition.

Three of the major problems facing the restoration team were the unavailability of pyrotechnic cartridges for the ejection seat, an unserviceable centre wing fuel tank and the requirement to manufacture a new
trunion for the engine. By March 2000, the restoration had been completed.
Since the aircraft had been in storage for an excessive period, the test flying programme conducted by the Test Flight and Development Centre was treated as a new aircraft being readied for its first flight. All electrical looming and connections, hydraulic and fuel pipes, and flight and engine control systems, were inspected by independent authorities, and safety and technical review boards were convened.

After numerous engine ground runs, compass swings and engine relights, approval was granted  to advance to the high speed taxi test. In this specific case, the aircraft was accelerated to 100 knots and the aircraft lifted-off approximately 2ft above the runway for about 4 seconds during which time the test pilot evaluated the aerodynamic responses.

The 'first flight' of the restored Sabre, still in its natural metal finish, was conducted on 30 March 2000 at 17h15B and lasted for 30 minutes during which no snags were reported.

Despite appearing in numerous airshows during 2000, Sabre 367 was only repainted in full 2 Squadron colours during October 2000. 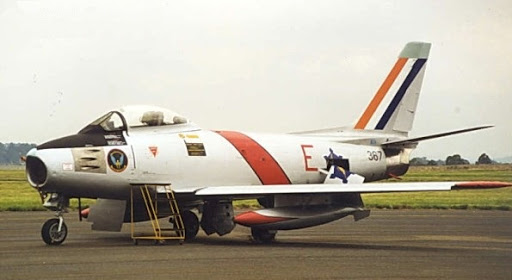