A Stealth Fighter, or just smoke and mirrors?

Fresh from controversy over a suspicious space-faring monkey, Iran is now under fire over a suspect stealth fighter jet breakthrough that one Australian defence analyst said "looks like it might make a noise and vibrate if you put 20 cents in". 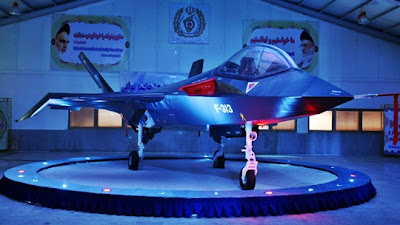 Unveiling the Qaher F313 (Dominant F313) earlier this month, Iranian president Mahmoud Ahmedinejad described it as "among the most advanced fighter jets in the world" with features including the ability to evade detection by radar and hit both ground and air targets. 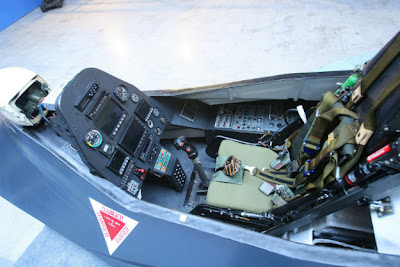 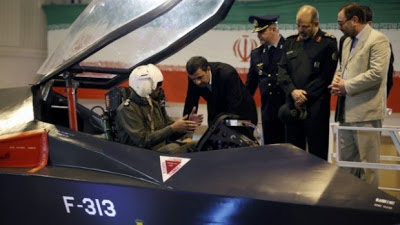 Aviation experts have questioned whether the jet shown can even fly as it was too small to accommodate a real pilot and the controls and wiring looked too simple.

It also lacked the bolts and rivets found on all aircraft and offered wonky aerodynamics.

"It looks like the Iranians dumped some rudimentary flight controls and an ejection seat into a shell moulded in what they thought were stealthy angles," wrote Foreign Policy magazine.

Andrew Davies, senior defence analyst and director of research at the Australian Strategic Policy Institute, said the jet was a "laughable fake".

"It looks like it might make a noise and vibrate if you put 20 cents in," he told Fairfax Media.

"I can see (almost) how North Korea gets away with transparent nonsense due to isolation, but Iran has a population that's much more switched on and connected, at least in the cities.

"I guess a possible explanation is that it plays well in the provinces, where people aren't as savvy."

Iranian state television did not show the jet take off or land but did show pictures of it purportedly flying - although some suspected it was just a remote-controlled aircraft depicted.

The country has reportedly struggled to upgrade its fleet since the 1980s due to tight sanctions.

Ahmedinejad said at the launch of the jet that Iran's advancement in military power was "for deterrence and defensive purposes" and also showed the country's will to "conquer scientific peaks".

The announcement was timed to coincide with the 34th anniversary of the 1979 revolution in which an Islamic regime replaced one that was backed by the United States.

The controversy comes after Iran last month claimed to have successfully sent a monkey into space in a Pishgam rocket. That announcement was also accused of being faked as photographs of the monkey before and after showed two clearly different animals.

Iran is sticking to its guns and Ahmedinejad has claimed he will personally be heading off into space.

In November last year Iran showed off a new drone design, but it was later revealed that the photographs it released were ripped off from a Japanese university and doctored.

In 2008, news wire Agence France-Presse had to retract an image of an Iran missile launch following revelations that it was doctored to include an extra missile.

The photo had appeared on the front pages of many media outlets including NYTimes.com and the front page of The Los Angeles Times.

Link to more images and why the Iranian Fighter is likely a mock-up and cannot fly: