Veterans and their stories: Willi and the Messerschmitt

A Tail of a fighter: The Messerschmitt Me BF109E and the story of a veteran

I have recently embarked on a mission of recording some of the amazing stories I have come across as a doctor dealing with WW2 veterans. Many of these stories have been lost, as the veterans pass on. I feel it is important to a least record some of the amazing stories I have heard. Living and training in South Africa I occasionally came across German veterans. I recall seeing a Stalingrad survivor (minus an arm) ; a Dresden Bombing survivor (minus a leg) , and a most interesting aircraft engineer, just off the top of my head. 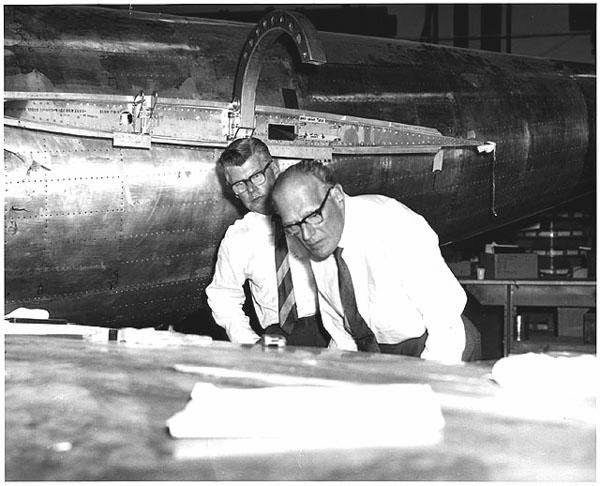 I met the aircraft engineer in the surgical ward of a Pretoria hospital, when I was still a student. He was a thin, unwell man at the time. He told me he was an engineer, and was, in fact still active. He was sitting up in his hospital bed working on an arched architectural design. He was in his late 70s then, and suffering from pancreatic cancer. We struck up a conversation, with him enquiring as to my German name, and as to where my German family roots lie.

He told me his real passion was for aircraft, and that he was an aircraft and glider designer. Of course, off we went... Aircraft nut in action:

Turns out that he started his career working in a factory where the first Me 109s were built. He related that he lived in a village in the Alps, and had to walk or cycle quite a distance from where he lived to the factory.

Messerschmitt was a hard task-master, and did not tolerate his employees being late. He had a two strike policy. On clocking in late for the second time, summary dismissal took place.

The engineer in question had worked as a production assistant in the tail-assembly line. At the time (Me 109 B-model) there was a problem with the tail configuration, specifically with the ailerons.

Willi Messerschmitt kept a suggestions box at the clock-in station next to the factory floor. Our engineer took a piece of paper and drew what he thought was as the solution to the tail problem, and had put this in the box some weeks before. 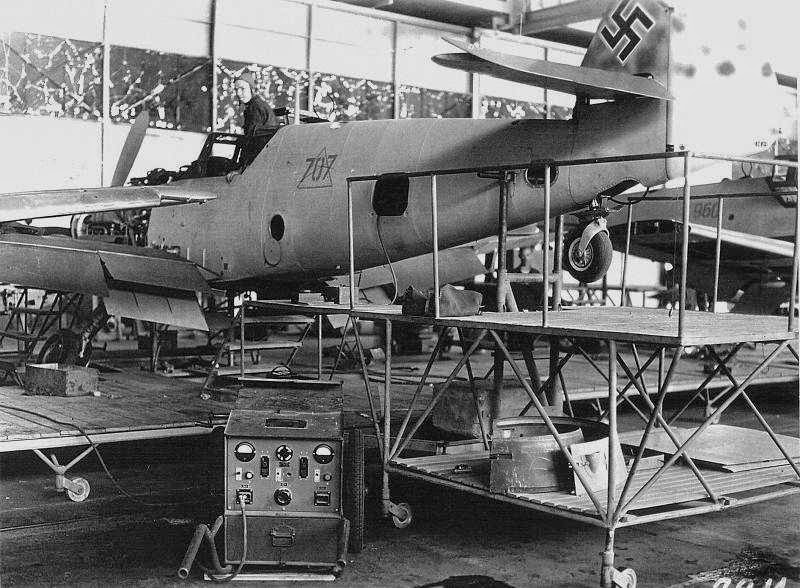 He relates that he arrived 2 minutes late for work one morning. Fearing for his job he set to work.
Within a few minutes he had a tap on his shoulder: " The Chef wants to see you!"
"Good grief" he thought, "Messerschmitt himself was going to fire me for being late."

He obediently went up to Willi's office, to find the man there, not with the clock-in record, but with his drawing from the suggestions box in his hand:

" Did you draw this? " he asked, "Tell me more about your thoughts!"

So it came about that his idea was incorporated into what became the definitive tail configuration for the Me Bf 109E. He was 17 at the time, and only allowed to work in the factory as he was a year to young to go into the army.

On his sick-bed he quickly dashed off a drawing while he was talking. It was, without doubt, the tail assembly of a ME109 that he drew for me. He pointed out what design alterations he had influenced: The shape of ailerons and the support struts. 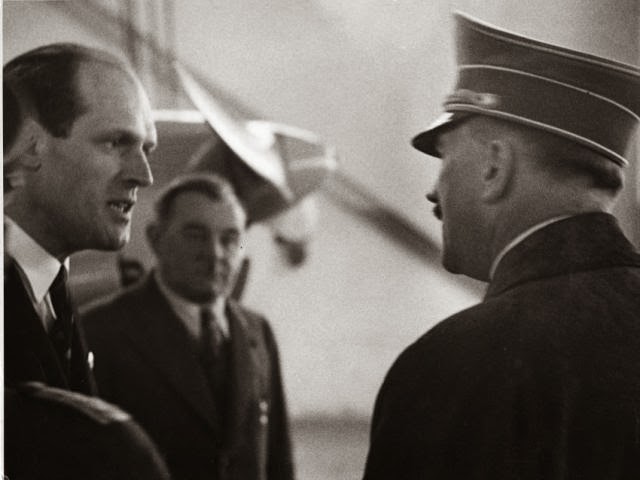 He spent the rest of the war working on various other projects with Messerschmit, as aircraft engineer. At the close of the war he hid his tools and instruments in a cave in the Alps.

After WW 2 Germany was not allowed to build aircraft for many years, and he turned his hand to glider design and building. For many years this had to take place in secret, without the occupying US and UK forces noticing. He never lost his love of aircraft and flying. 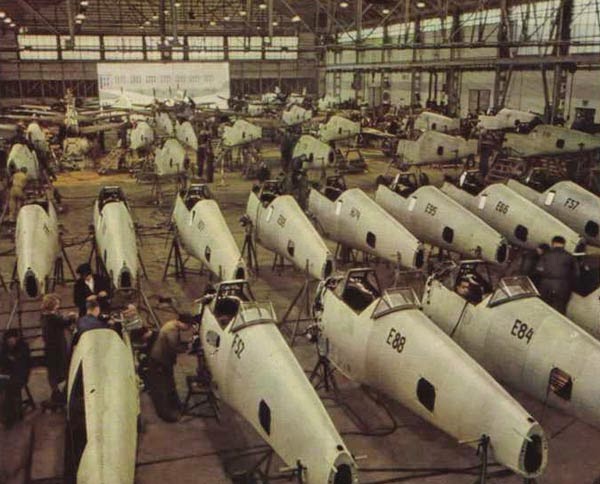 I only knew him for a week, from brief discussions between ward rounds, and getting my job done, but all the time he beavered away at drawings and designs. He was informed that the public system in S.Africa in the early 1980s could not offer him any hope of a cure for his cancer.

He decided to fly to Germany to seek treatment there. I have often wondered what became of him, and what other fascinating discussions we could have had on the whole of the wartime he spent working with Willi Messerschmitt.

I cannot recall his name, but I'll never forget his passion. 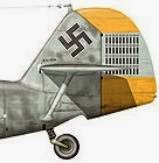 Probably the most famous Me109E, that of Adolf Gallant 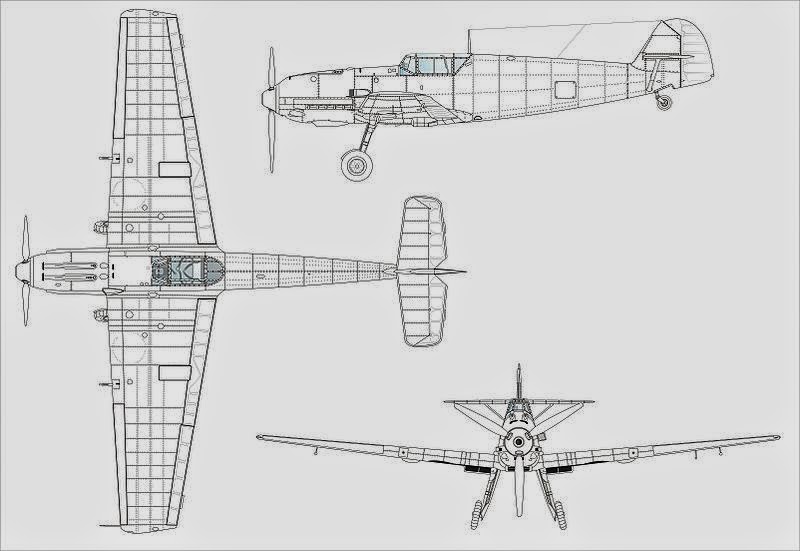 The Me109E, with the tail struts and the aileron shape
he could still dash off on a piece of paper
5 decades or more after working on them with Willi Messerschmitt. 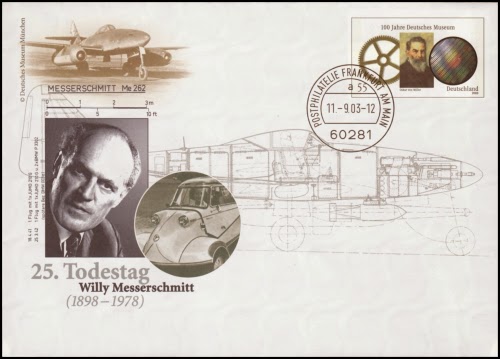 First Day cover commemorating the anniversary of Messerschmitt's death
Note the Anglicised spelling of Willi (Willy, as he was known after the war) 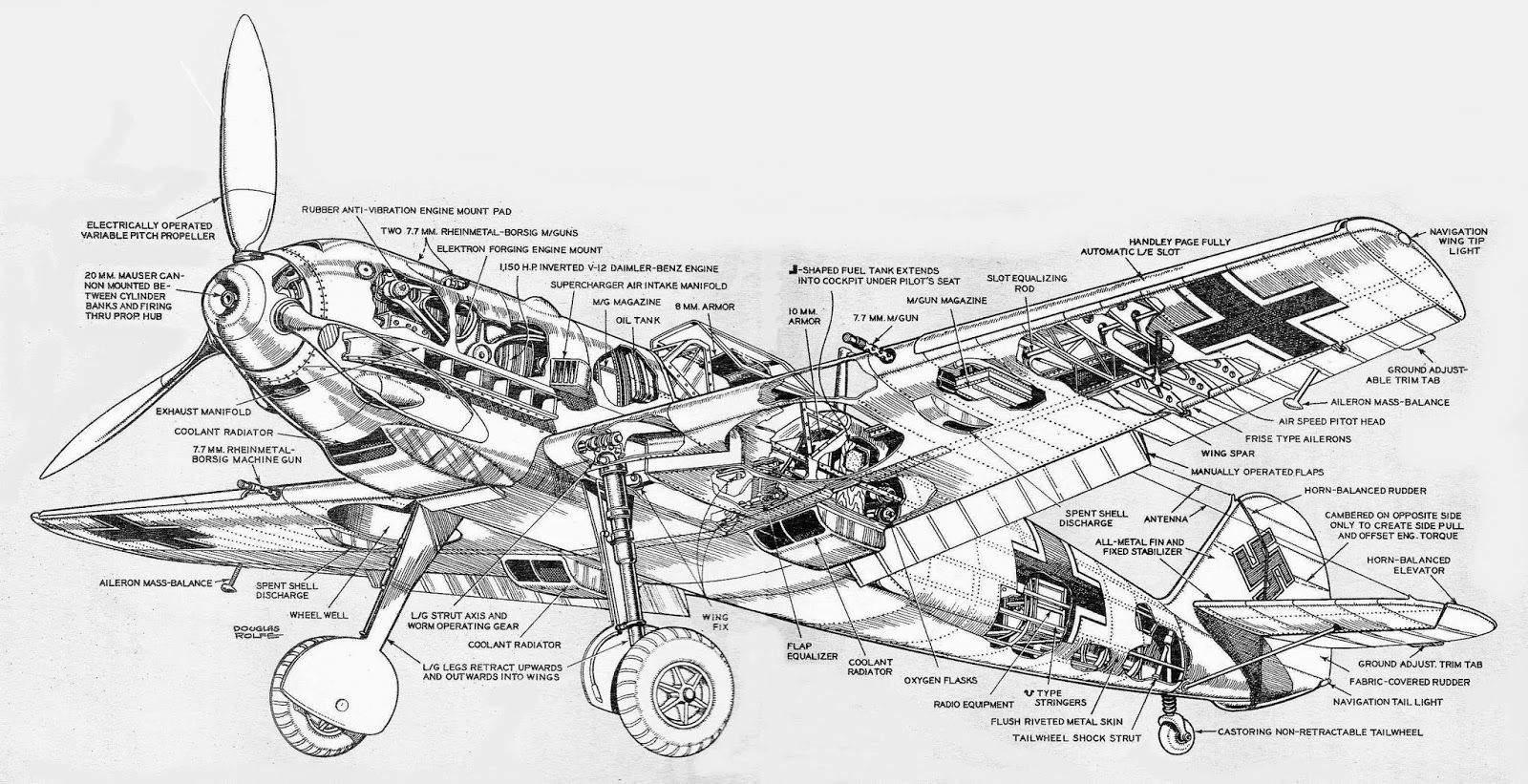 Cutaway drawing of the Me109