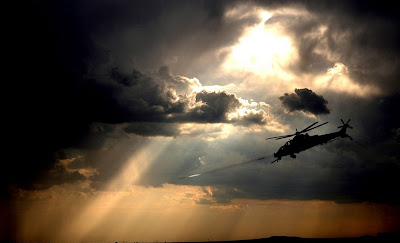 Mike Kgobe, the chief executive of Denel Aviation says the acceptance of the locally developed combat support helicopter marks the culmination of a 26-year partnership between the SAAF and Denel.

"We took this proudly South African aircraft through all its stages - from design to manufacturing, upgrading and retrofitting "

Denel will continue to be involved with the Rooivalk through on-going maintenance and repair services and providing the continued airworthiness engineering support to ensure the fleet of 11 helicopters remains mission ready. 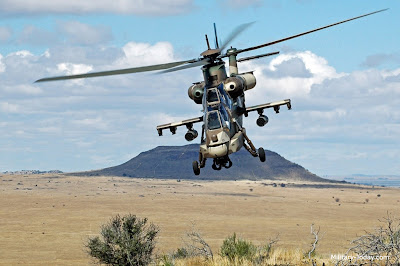 Kgobe says the Rooivalk project is indicative of the symbiotic relationship between Denel Aviation and the SAAF. "We are always ready to provide technical and ground support to ensure the operational readiness of the Air Force's fleet," he said.

"This is a win-win situation for both Denel and the SAAF which results in the retention of high-level skills, a focused service delivery and cost effectiveness for the SAAF," says Kgobe.

The company recently received a "zero defect report" from the SAAF to confirm that all 11 Rooivalk helicopters have been upgraded to block 1F baseline standards.

Dewald Steyn, the project manager of Rooivalk, at Denel Aviation says the performance of the aircraft is being closely monitored and evaluated from a design and development perspective. The helicopter has exceeded the expectations and no major maintenance or repair work required thus far. 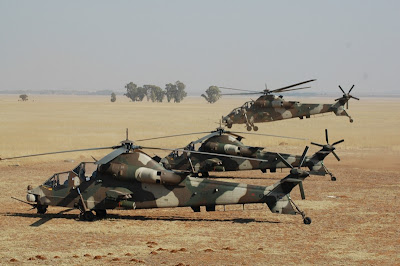 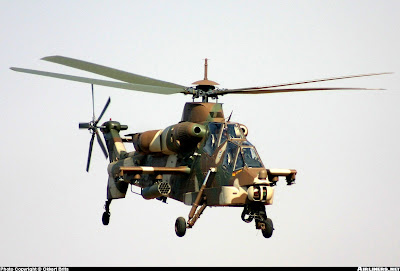 The Rooivalk project started its design phase in 1984 and had its first flight in April 1990. It attracted world-wide attention for its design and capabilities and has been displayed at major international air shows in England, Dubai and Malaysia.

I worked in the UK in 1995-96, and had occasion to be seated on a train travelling to London from the South-East across from 2 suited gentlemen, whom I presume worked for the UK Government in one or another capacity. They had drawings and spec sheets of the Rooivalk on their laps, and were hotly discussing its merits/failings and comparing to 2 or 3 other attack helicopters.

We had of course, already seen and heard about the Rooivalk in SA, and were aware that Denel was tendering for the new generation of attack helicopters in the EU and UK. From their discussion it was already apparent that Denel was losing the race to the US competitors.

Denel Aviation was responsible for the final modifications to the helicopter to improve its safety and reliability and the accuracy of its weapons systems.
at March 21, 2013