A motorist driving by a regional US airport was shocked to be clipped by a landing plane.

Pilot William Davis was approaching Northwest Regional Airport in Roanoke, Texas, at the weekend when he managed to clip a Volvo SUV driving along an airport access road adjacent to the runway.


Davis' wife filmed the entire incident which shows the plane's landing gear being ripped off but it still managed to skid to a half just off the runway and William Davis walked away unscathed. 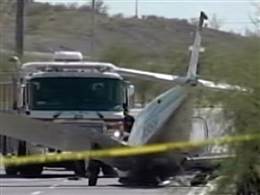 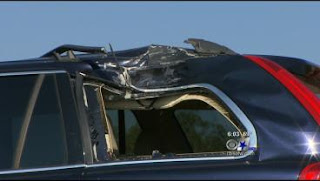 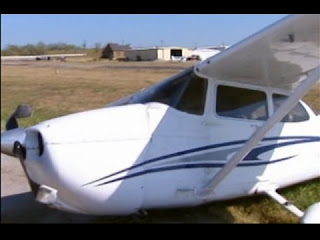 The coupe in the car, Frank and Heather Laudo, suffered non-life-threatening injuries.

"I saw it about a second before it hit us. I was opening my mouth to go 'duck!'" Frank Laudo said. "The next thing you know there's shattering," he told wptv.com.

"It was kind of like a hawk with its talons coming up and scooping the car," Heather Laudo said. "And the talons breaking off."
at November 06, 2012