Some classic pics, never been seen before, forwarded to me by Captain Werner Naef (Ret.) of the Swiss Airforce. They depict maneuvres he took part in with the Swiss Air Force for a possible Cold War situation where their bases had been destroyed, and they needed to land on the nation's highways: 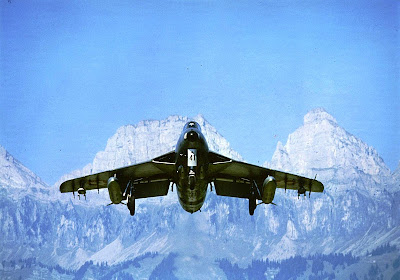 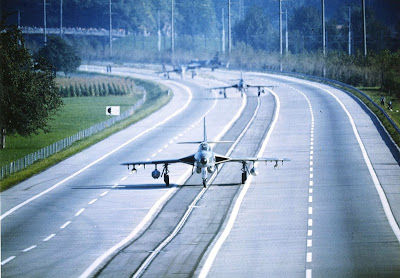 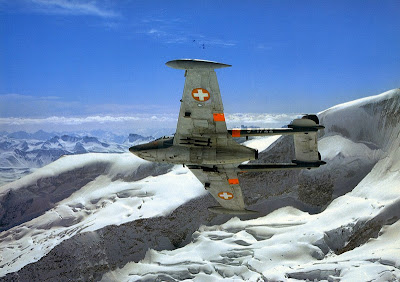 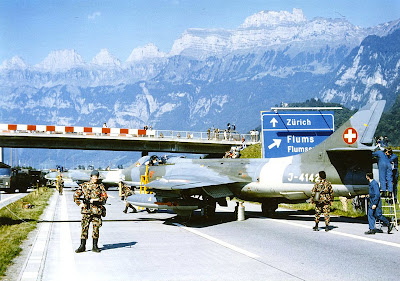 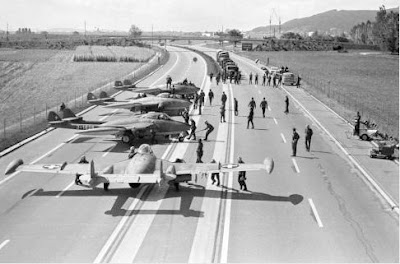 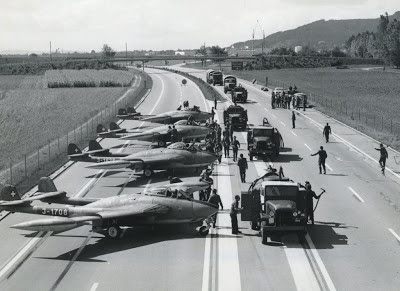 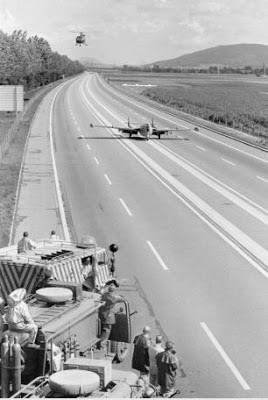 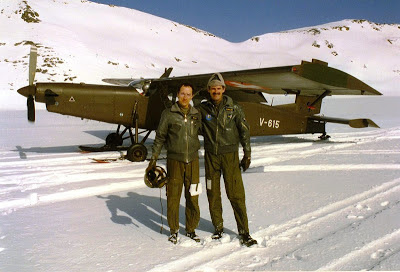 Werner (L)  and Friend with a Pilatus Trainer, high in the Swiss Alps

This post has raised some discussion on a German Language Aircraft Fan-Site "Flugzeug Forum" recently.


Neither Werner or myself have been able to register or post a comment on questions posed on that site; so here a reply from one of the pilots (pictured above) involved:


"Since I'm not authorized (as a non-member of that forum) to respond directly I can only mention that some comments have already answered the question this most recent Blog has been asking.
In all the fotos on your website that show Swiss Venoms or Hunters on a highway landing I've been part of those events. The Venom event was the first ever seeing air force jets landing on highways, and the Hunter one was at a later date, but had been the first one with Hunters going to land on a Swiss highway."