The Dornier Do 17 Restoration:  One Year Later

Tuesday 10th June 2014  marks the first anniversary of the moment the world’s last surviving Dornier Do 17 was successfully lifted from the bottom of the Dover Straits.   The breath taking moment the aircraft surfaced from the water was captured live on TV and sparked interest from around the globe 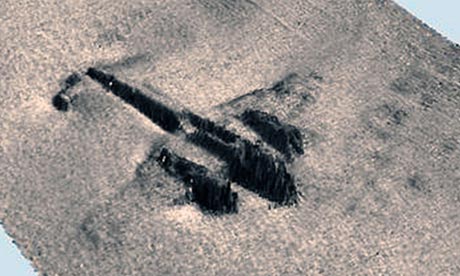 Sonar images of the wreck

The Dornier 17 was part of a large enemy formation intercepted by RAF fighter aircraft at midday on 26 August 1940 as they attempted to attack airfields in Essex. This particular aircraft was forced to make an emergency landing on the Goodwin Sands at low tide after an attack by Defiant fighters of No 264 Sqn that left both engines stopped and the crew wounded.

The Dornier, flown by Feldwebel (Flt Sgt) Willi Effmert attempted a wheels-up landing on the Goodwin Sands. He touched down safely and the aircraft sank inverted. Effmert and his observer were captured but the other crewmen died and their bodies were washed ashore later.

Raising the Dornier 17
The aircraft is in remarkable condition - considering the events surrounding its loss plus the effects of spending so many years under water. Other than marine concretion it is largely intact, the main undercarriage tyres remain inflated and the propellers clearly show the damage inflicted during their final landing.
Work to conserve and prepare the Dornier for display will be undertaken at the RAF Museum's award-winning conservation centre at Cosford.

Dornier 17 Aircraft restoration
Air Vice-Marshal Peter Dye, Director General of the RAF Museum said that "The discovery of the Dornier is of national and international importance. The aircraft is a unique and unprecedented survivor from The Battle of Britain. It is particularly significant because, as a bomber, it formed the heart of the Luftwaffe assault and the subsequent Blitz." The RAF Museum, with the support of English Heritage and the Ministry of Defence, is now developing a recovery plan to protect the aircraft from any further damage and to provide for its long term preservation. There is concern, however, that material has recently been removed illegally from the wreck site - although a number of items have now been retrieved.

After recovery the Dornier was transported from Ramsgate, Kent, to the Royal Air Force Museum Cosford, Shropshire and placed inside purpose built hydration tunnels. Here, the Dornier has been systematically sprayed with a low concentration citric acid based solution to arrest the damaging effects of nearly seventy years on the seabed. This process has helped to soften up and remove marine accretions, allowing direct access to the airframe structure and the subsequent neutralisation of corrosion impurities. 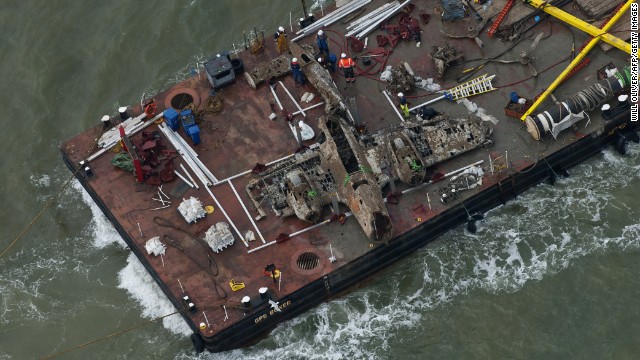 During the first stage of the aircrafts conservation, the Museum’s team of skilled Apprentices have worked tirelessly at gently removing marine growth from the fuselage with the use of plastic scrapers. Many of the aircrafts smaller components have been worked on by the RAF Museum’s Apprentices and volunteers, with several items now on display at the Museum’s Cosford and London sites. Significant work has taken place in recent months on the airframe’s major assemblies. 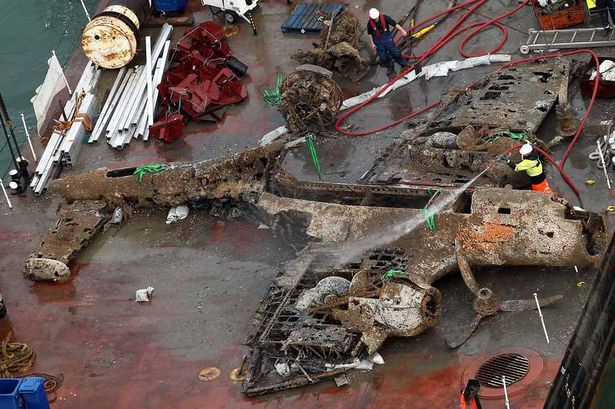 The forward fuselage has been de-riveted and separated from the tail boom, the latter section having suffered major damage during its period on the seabed. The separation of these two sections has enabled the conservation team to focus effort on the forward fuselage interior and this is progressing well.  The spraying process has also proved effective on the propellers and both units will shortly be placed on purpose built stands in readiness for the next stage of their conservation. 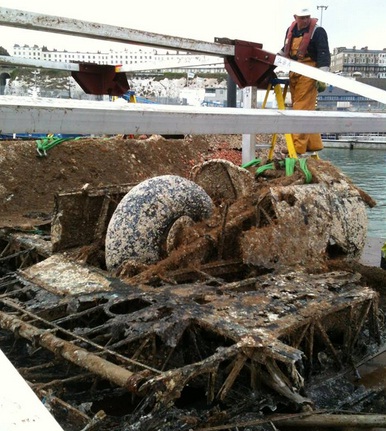 The work undertaken on the Dornier so far hasn’t been without its difficulties.  The hydration tunnels require daily maintenance in order to keep the spraying system operational. During the early phases of the project marine accretions, broken down by the citric acid based solution, began to clog up the filter system.  The agar gel produced by the debris also caused difficulties and as a result, the filtration system was upgraded which counteracted the problem and improved the Museum’s ability to keep the system operating.  Professor Mary Ryan from Imperial College London continues to offer guidance at each stage of the conservation process and has worked closely with the Museum from the project’s inception.

“It has been a challenging year but the project has provided us with a lot of new information and we have learnt a lot about this process.  It is long and tedious work but in the end the results will be there for all to see when the Dornier eventually goes on display at the RAF Museum London.” 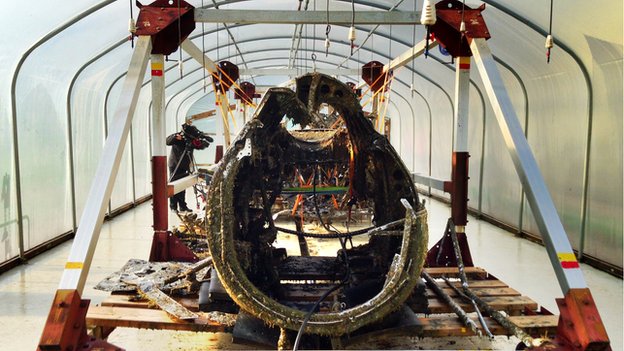 Ian Thirsk, Head of Collections at RAF Museum says:  “Over the past twelve months the RAF Museum has made tremendous strides with the conservation of this unique aircraft.  As the last surviving example of its type, the Dornier 17 will make a hugely significant addition to our German aircraft collection at Hendon and help us to communicate the wider story of the Battle of Britain to our audience”. Visitors to the RAF Museum Cosford are able to view the Dornier and watch the process through viewing panels in the tunnels. For visitors wishing to gain even closer access to the aircraft, volunteers from the Museum’s Aerospace Museum Society will be working on Dornier components every Tuesday and Thursday between 10:30am and 3:00pm in the Museum’s Test Flight Hangar.  It is a great opportunity for aviation fans to get close to this historic aircraft and to ask the volunteers questions about the vital work they are carrying out.The Dornier Do17 Interpretation Zone, located next to the Dornier hydration tunnels and supported by wargaming.net, allows visitors to the Museum to explore the background of this legendary aircraft and tells the story of its recovery and the conservation process. Multi-media content includes archive footage of the aircraft in action and a film of the specialised recovery operation which took place in June 2013
at June 09, 2014