Being a WW 2 and Aircraft nut, I recently again  came across this lovely warbird, probably less know than its hawk-like competitors, but as far as I am concerned one of the aircraft, along with the Polikarpov, that epitomises the elegance of aircraft design in the 1930s. And then of course there was Supermarine S6B...direct ancestor of the Soitfire (but that's another story) 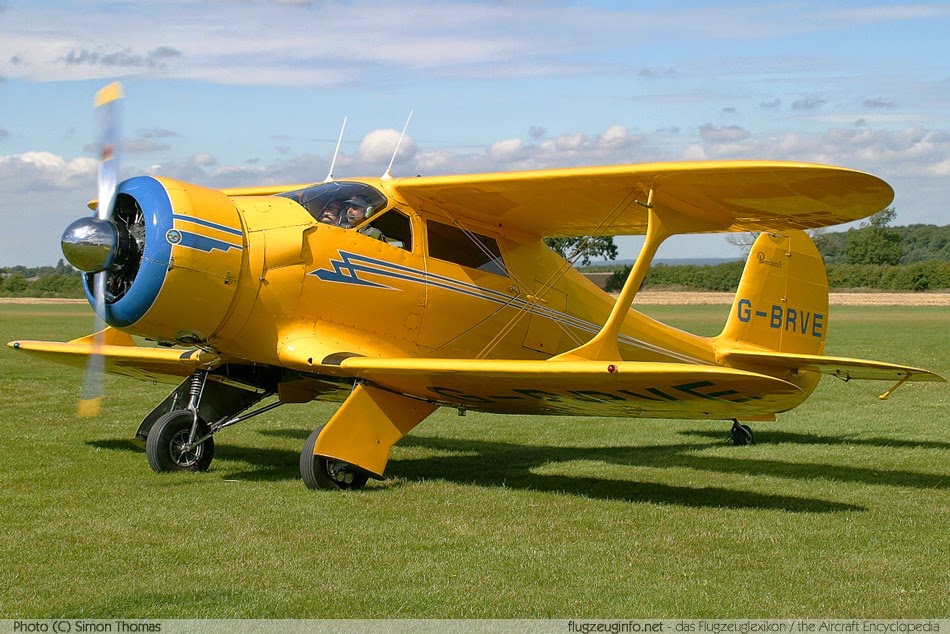 Some 400 saw service as light personnel transports during WW2 with both US and British forces. It was recently voted as one of the 12 most beautiful aircraft in the world. Certainly to me, very pleasing to the eye, right up there with another 30s design, the Polikarpov I-15 and I153. I just love the Metropolis/King Kong/Steampunky look of these aircraft! 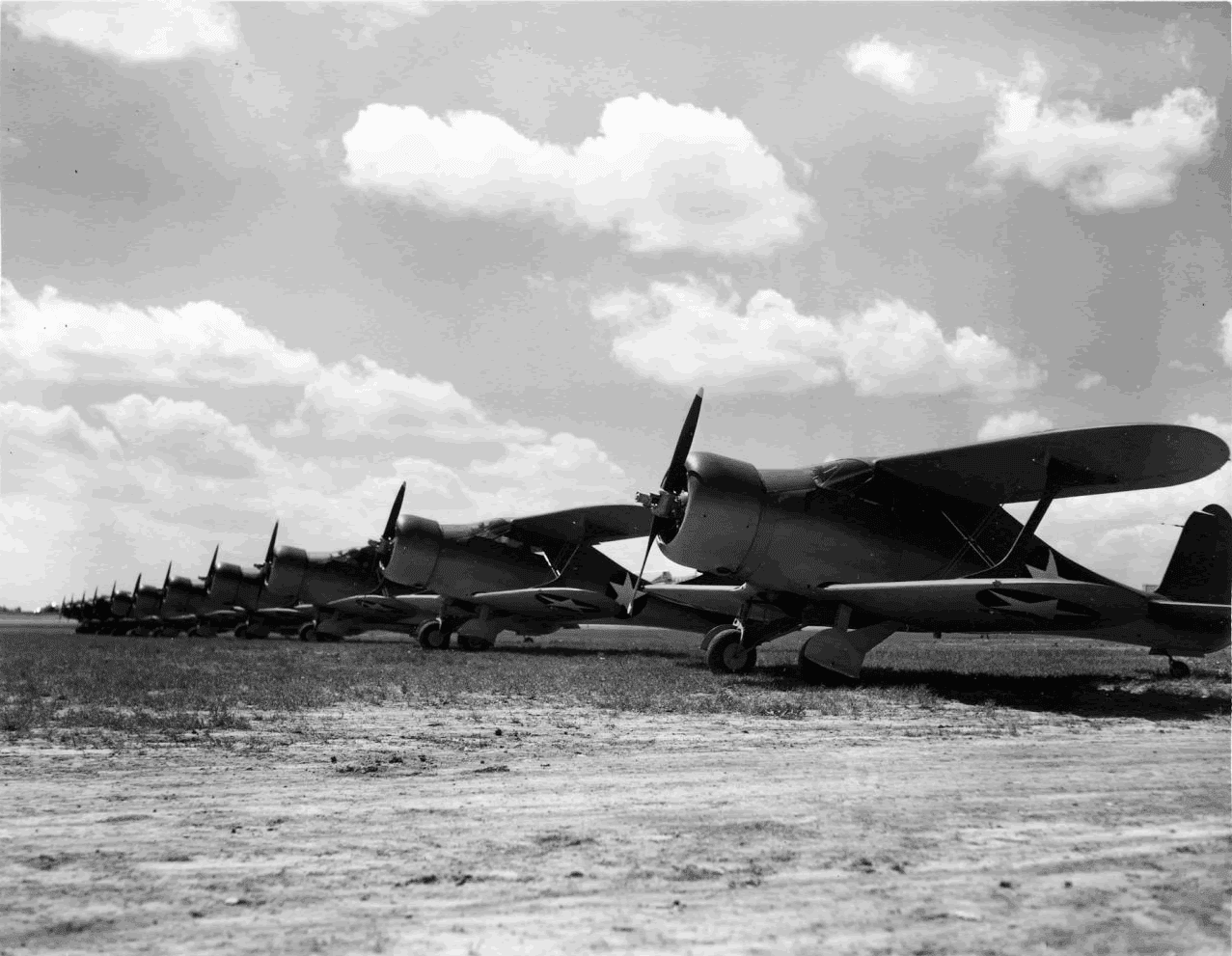 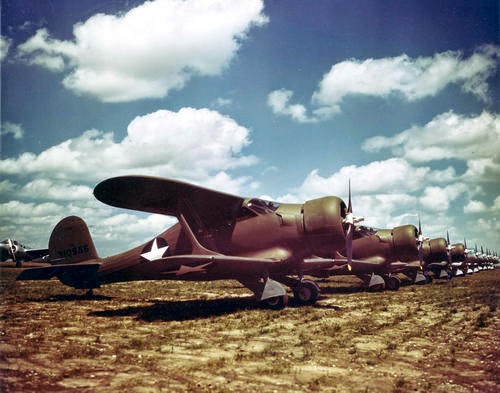 At the height of the Great Depression, aircraft executive Walter H. Beech and airplane designer T. A. "Ted" Wells joined forces to collaborate on a project to produce a large, powerful, and fast cabin biplane built specifically for the business executive. The Beechcraft Model 17, popularly known as the "Staggerwing" was first flown on November 4, 1932. During its heyday it was used as an executive aircraft, much as the private jet is now, and its primary competition were the Waco Custom Cabin and Waco Standard Cabin series of biplanes.
The Model 17's unusual negative stagger wing configuration (the upper wing staggered behind the lower) and unique shape maximized pilot visibility while negligibly reducing interference between the wings. The fabric-covered fuselage was faired with wood formers and stringers over a welded, steel tube frame.
Construction was complex and took many man-hours to complete. The Staggerwing's retractable conventional landing gear, uncommon at that time, combined with careful streamlining, light weight, and a powerful radial engine helped it perform well.
In the mid-1930s, Beech undertook a major redesign of the aircraft, to create the Model D17 Staggerwing. The D17 featured a lengthened fuselage that improved the aircraft's handling characteristics by increasing control leverage and the ailerons were relocated to the upper wings, eliminating interference with the flaps. Braking was improved with a foot-operated brake linked to the rudder pedals.


Operational history
Sales began slowly. The first Staggerwings' high price tag (between US$14,000 and US$17,000, depending on engine size) scared off potential buyers in an already depressed civil aircraft market. Only 18 Model 17s were sold during 1933, the first year of production, but sales steadily increased. Each Staggerwing was custom-built by hand. The luxurious cabin, trimmed in leather and mohair, held up to five passengers. Eventually, the Staggerwing captured a substantial share of the passenger aircraft market. By the start of World War II, Beechcraft had sold more than 424 Model 17s.
Air racing:
The Staggerwing's speed made it popular with 1930s air racers. An early version of the Model 17 won the 1933 Texaco Trophy Race. In 1935, a British diplomat, Capt. H.L. Farquhar, successfully flew around the world in a Model B17R, traveling 21,332 miles (34,331 kilometers) from New York to London, by way of Siberia, Southeast Asia, the Middle East, North Africa and back across Europe.
Louise Thaden and Blanche Noyes won the 1936 Bendix trophy in a Model C17R Staggerwing. Thaden also won the Harmon Trophy for her achievement. Jackie Cochran set a women's speed record of 203.9 mph (328 km/h), established an altitude record of over 30,000 feet (9,144 m), and finished third in the 1937 Bendix Trophy Race, all in a special Model D17W Staggerwing. The aircraft made an impressive showing in the 1938 Bendix race as well.

In 1970, due to a dispute with the T-6 racing class, the Reno National Air Races invited five Staggerwings to perform a demonstration race. Two G models and two D17 models raced. The five pilots were Bryant Morris, Bert Jensen, Don Clark, Noel Gourselle, and Phil Livingston, the only pilot to have prior racing experience in the T-6 Class. The race was flawless with ABC Wide World of Sports Coverage but protesting T-6 racers prevented the class from future competition with allegations of safety issues.

World War II
As World War II loomed, a number of Model B17L were pressed into service as bombers by the FARE, the air forces of the Second Spanish Republic during the Spanish Civil War. China ordered a number of Staggerwings to use as ambulance planes in its fight against Imperial Japan. Finland had one B17L as a liaison aircraft between 1940-1945. On October 2, 1941, Beech shipped a special camouflaged D17S to Prince Bernhard of Lippe, who was in exile in London after the German invasion of the Netherlands. He used it for refugee work in and around London. 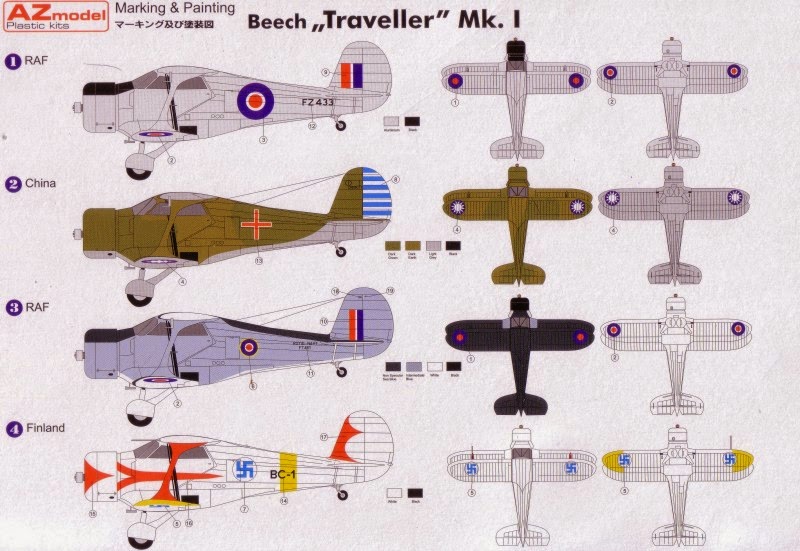 YC-43 Traveler
The Beech UC-43 Traveler was a slightly modified version of the Staggerwing. In late 1938, the United States Army Air Corps purchased three Model D17S to evaluate them for use as light liaison aircraft. These were designated YC-43. After a short flight test program, the YC-43s went to Europe to serve as liaison aircraft with the air attachés in London, Paris, and Rome.

Early in World War II, the need for a compact executive-type transport or courier aircraft became apparent, and in 1942 the United States Army Air Forces ordered the first of 270 Model 17S for service within the United States and overseas as the UC-43. These differed only in minor details from the commercial model. To meet urgent wartime needs, the government also purchased or leased (impressed) additional "Staggerwings" from private owners including 118 more for the Army Air Force plus others for the United States Navy. In Navy service the planes were designated as GB-1 and GB-2. The British Royal Air Force and Royal Navy acquired 106 "Traveller Mk. I" (the British name uses the UK double "l" spelling) through the Lend-Lease arrangement to fill its own critical need for light personnel transports. 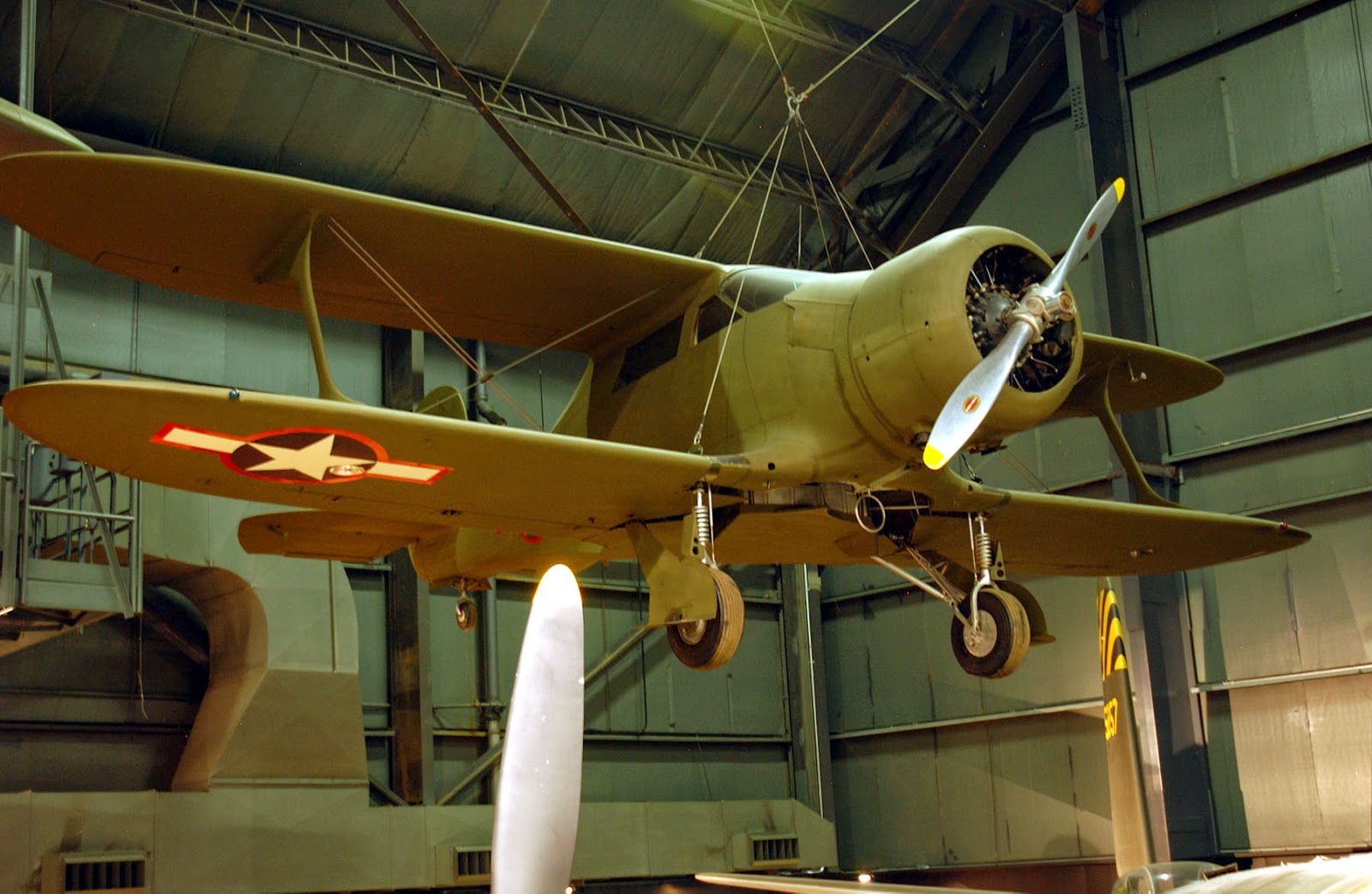 The production UC-43 differed in minor details from the service test YC-43. Two distinguishing external features of the UC-43 are the circular ADF antenna mounted between the main landing gear and landing lights near the lower wingtips. They were all powered by the 450 horsepower (336 kilowatt) Pratt & Whitney R-985 engine.

Postwar
After the war's end, Beech immediately converted its manufacturing capabilities back to civil aircraft production, making one final version of the Staggerwing, the Model G17S. They built 16 aircraft, which they sold for US$29,000 apiece. Norway sold one D17S to Finland in 1949, which the Finnish Air Force used from 1950 to 1958.

The lightweight V-tail Beechcraft Bonanza, a powerful four-passenger luxury aircraft, soon replaced the venerable Staggerwing in the Beech product line, at about a third of the price. The Bonanza was a smaller aircraft with fewer horsepower, but carried four people at a similar speed to the Staggerwing. Beechcraft sold the 785th and final Staggerwing in 1948 and delivered it in 1949.

In the April, 2007 issue of AOPA Pilot magazine it was reported that the Staggerwing was voted by nearly 3000 AOPA members as the Most Beautiful Airplane. "Members said it's the perfect balance between 'muscular strength and delicate grace,' and rated it highly for its 'classic lines and symmetry.'"

The November 2012 issue of Aviation History magazine ranked the Staggerwing fifth in their top twelve list of The Worlds Most Beautiful Airplanes. Stating that "Some might think 'the Stag' ungainly, backward wings and all, yet it has become the prime example of vintage beauty." and "...the aftward upper wing led to the big, steeply raked windscreen that is also a key element of what some have called an art deco classic."

The Polikarpov I-15 for comparison: 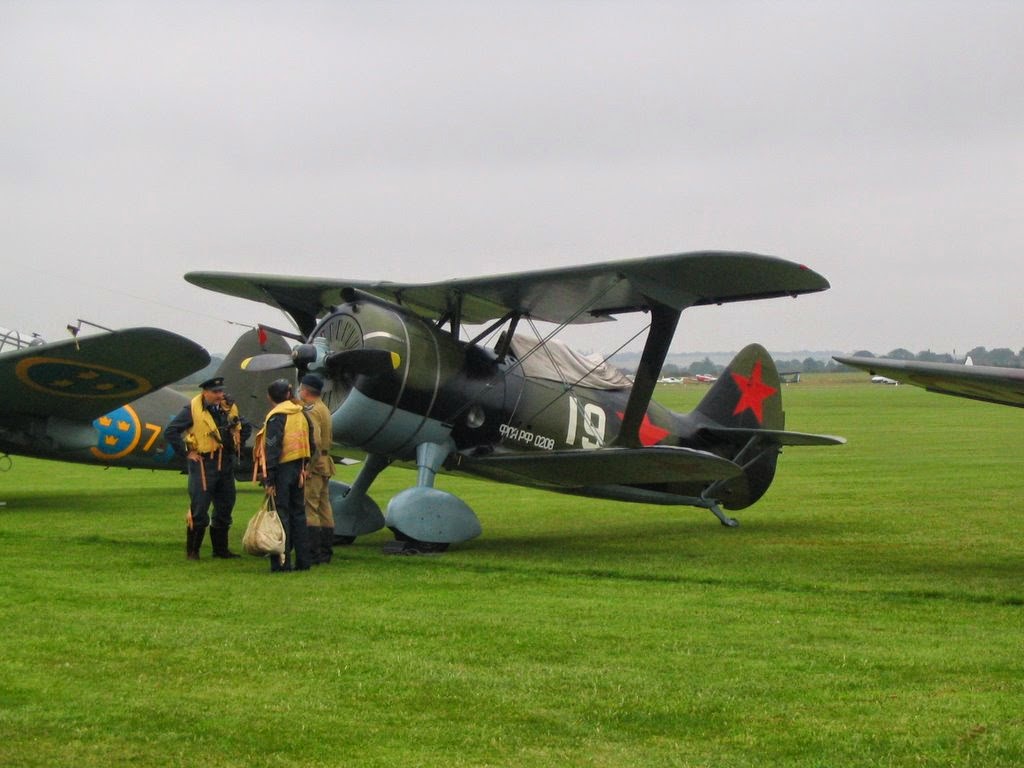 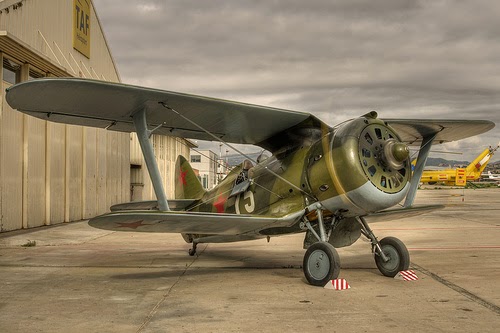 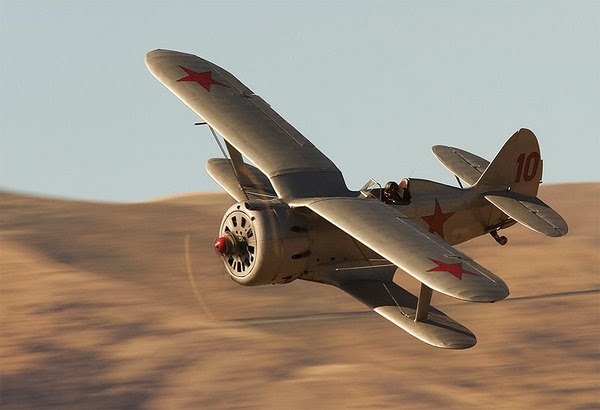